OpEd: Why We Must Assess Shipping’s Route to Decarbonization 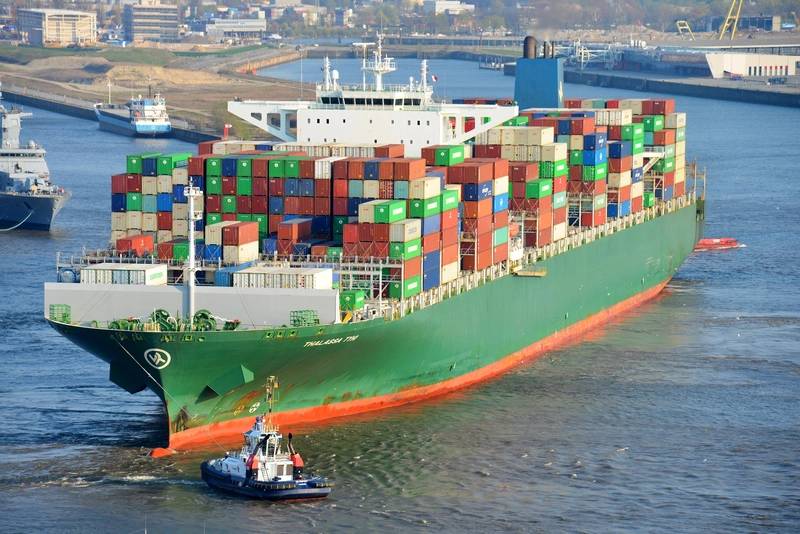 Despite transporting roughly 90% of the world’s cargo, the shipping industry has so far been underrepresented in the global decarbonization discussion. This rhetoric is however changing. For the first time in history, shipping was officially on the agenda at the UN climate change conference, COP26. Likewise, the recent United Nations General Assembly saw leaders from the U.S., Australia, India, and Japan place shipping at the top of a list of pledges, with plans to form a “Green-Shipping Network”.

The inclusion of shipping at government driven conferences—typically outside of the industry sphere—reflects the turning of the dial, with the increased publicity set to lead to stricter and additional enforcement of environmental regulation.

It also reflects new consumer demand, with retailers under similar pressure to set ambitious green targets that outpace competitors and consumers waking up to ‘green washing’ campaigns. The decarbonization of the shipping industry is set to be guided by a new stakeholder.

This has been evidenced by Maersk, who recently ordered eight container vessels that can be fueled by green methanol, as well as traditional bunker fuel. The order made headlines not only because of the vessel design but in the catalyst being Maersk’s biggest customers looking to green their entire supply chains.

While the motive for change is therefore already in place, the pace is comparably slow. As it stands, and as estimated by Simpson Spence Young, less than 25% of bulkers and tankers currently comply with EEXI, coming to force in 2023. And, with a global fleet set to be in operation for years to come, and the enforcement of stricter energy efficiency requirements on the horizon, the uptake of economically and environmentally viable solutions needs to happen sooner rather than later.

Importance of operation
The conversation on identifying shipping’s route to meet new energy efficiency requirements has so far focused on three predominant solutions. These include slow steaming and limiting engine power, retrofitting ships with clean technologies, and implementing low- or zero-carbon fuels.
Although these routes can all be effective in meeting energy efficiency requirements, if the industry fails to consider the sustainability of the voyage operation, it risks any consequent efficiency gains becoming less effective.

An example of this is shipping’s “rush to wait” phenomenon—an example of how misaligned industry objectives can fail to prioritize emissions output. Factors like minimum speed warranties in charter party contracts and ports serving with a first-come, first-served principle have led to most ships operating with fixed speeds and arrival times. This means that even when ports are hugely delayed and congested—an issue that is not set to improve any time soon—vessels will still be potentially sailing with fixed speeds across the ocean to meet arrival times that are no longer relevant.

Assessing the why, as well as the how
So, when considering how to improve voyage efficiency, should we not start by looking at why vessels are missing these efficiencies in the first place?

If the shipping industry’s current infrastructure favored fuel efficiency and environmental performance, instead of incentivizing keeping above a minimum speed and arriving at the specified time to then queue at the port, ships could voluntarily sail with more balanced speeds. On the other hand, if regulations fail to address the reasons why these inefficiencies exist, the market will seek workarounds. Even the risk of increasing the size of the fleet and shipping’s consequent emissions output is real.

This is where voyage optimization shows its worth. As a collaborative technology, it enables all voyage stakeholders to view real-time weather updates, accurate fuel consumption and arrival time estimates based on vessel-specific performance modelling, and important routing factors, like Emission Control Areas (ECAs). Intelligent routing enables users to calculate the most fuel-efficient and safest route based on real-time and historical data.

From our research, we have found huge efficiencies that vessels could make with simple changes to routing behavior. For example, we have found that most vessels tend to stick to a default route, despite alternative routes enabling owners and operators to take advantage of better weather, sea currents or other routing considerations. This means huge safety, cost and environmental savings are being lost every day.

For example, in a retro-optimization study conducted on 47 medium-range tanker voyages sailing between Central Europe and the U.S. East Coast, the routing was only adjusted in extreme weather conditions. Considering the weather forecasts available at the time of sailing, using voyage optimization technology could have reduced fuel consumption and CO2 emissions by 15.9%. Not only this, but the tankers could have reduced the time spent in winds above BF4 by 9.8%—proving the value of voyage optimization in achieving safer and more efficient voyage routing.

We must wave goodbye to default voyage routing
Default voyage routing reflects a bygone era. What the industry needs to drive for its decarbonization over the next decade are transparency and collaboration. Although voyage optimization technology will not single-handedly solve shipping’s decarbonization challenge, it does offer a widely available platform to bring owners and charterers onto the same page and can help alleviate port congestion. It also helps users optimize routing, increasing profit and safety for crew and reducing shipping emissions.