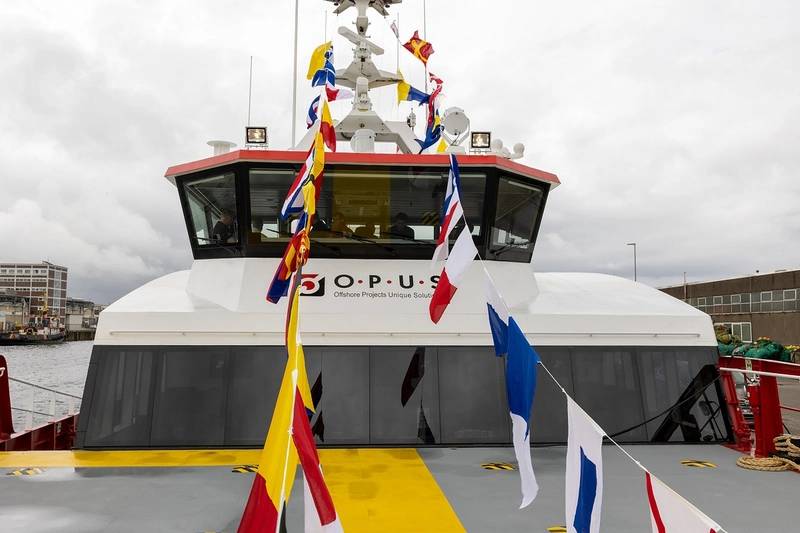 The vessel will begin immediate operations, transporting technicians to wind farms offshore, and according to Damen, the shipbuilder, the crews will enjoy the highest possible comfort onboard.

The vessel was built by Damen Shipyards Group in Antalya. The Fast Crew Supplier (FCS) 2710 is the first of its kind to fly the German flag.

Opus Marine, which ordered the vessel in December 2020, will place the Allegro within its existing fleet, consisting of six vessels for the offshore wind industry in the North and Baltic seas.

“As a result of Damen’s philosophy of building standard vessels in series, its vessels can be delivered very quickly. The FCS 2710 was already under construction when the order came,” Damen explained how the delivery was made so quickly after the order.

Used for crew transfers to offshore installations, the vessel can be used in weather conditions with a wave height of over two meters.