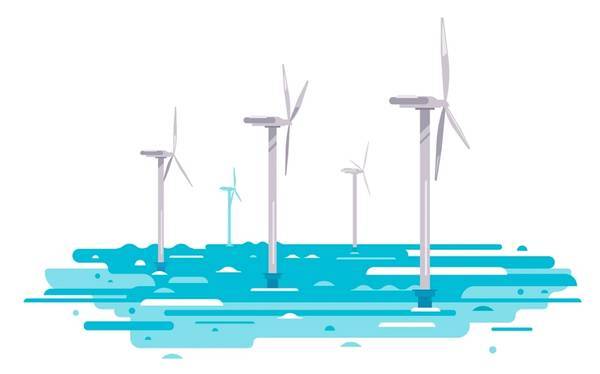 Ørsted will own an 80% stake in the project off the east coast of Scotland as Simply Blue Group’s newest JV partner on the project, alongside minority JV partner, Subsea 7.

“The Salamander project is a stepping-stone floating wind project off the east coast of Scotland, designed to provide the Scottish supply chain with an early capacity development opportunity before larger ScotWind projects kick off. The project will deploy innovative and cutting-edge floating offshore wind technologies to support the cost reduction and learning journey needed for the commercial deployment of floating offshore wind,” Ørsted said.

Salamander is intended to be progressed through the innovation track of Crown Estate Scotland’s upcoming Innovation and Targeted Oil and Gas (INTOG) leasing round later this year.

“Developers will apply for the rights to build small scale innovative offshore wind projects of less than 100MW as well as larger projects connected to oil and gas infrastructure to provide electricity and reduce the carbon emissions associated with those sites,” Crown Estate Scotland said at the time.

Commenting on the acquisition of a stake in the Salamander project, Martin Neubert, Group Deputy CEO and Chief Commercial Officer at Ørsted, said: “I’m pleased that we have agreed with Simply Blue to become a partner on this promising project which further expands Ørsted’s engagement in floating offshore wind and will provide a lot of learnings that we can apply on ScotWind and other floating wind projects as the technology transitions from demo projects to utility-scale. Ørsted has been driving the commercialization of bottom-fixed offshore wind for 30 years, and during the next decade we want to help make floating offshore wind similarly successful through projects such as this one.”

Sam Roch-Perks, CEO of Simply Blue Group said: “We are delighted that Ørsted is joining with Simply Blue Group and Subsea 7 to develop the Salamander project.  Ørsted is a leading player in renewable energy and brings considerable expertise to the prestigious Salamander project. As a leading floating wind developer, Simply Blue Group wants to contribute to the development of the Scottish offshore wind market and its supply chain. Scotland is one of the best locations on the planet for the development of floating wind projects and we look forward to the collaboration with Ørsted on this exciting and important project.”

John Evans, CEO of Subsea 7, best known for its offshore installation services both in the oil and gas and renewables space, said: “The intention from the outset was to establish Salamander as a project that would be of interest to major players in offshore renewable energy.

“The project will be a key step towards fulfilling the ambitions for floating wind offshore in Scotland, which has an important role to play in the energy transition and the journey to net-zero. We are pleased to have Ørsted join as the majority partner and look forward to working together in pursuing this exciting opportunity.”