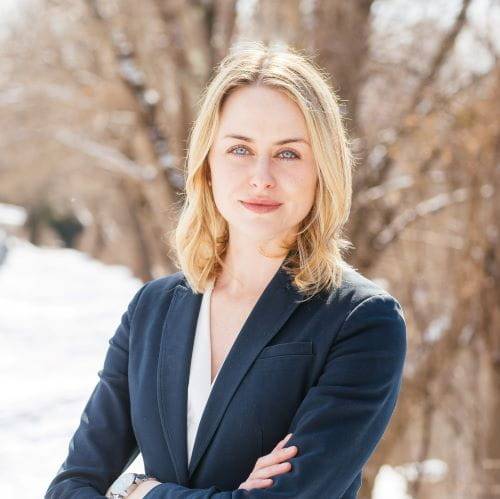 Offshore wind developer Ørsted has appointed Madeline “Maddy” Urbish as Head of Government Affairs and Policy for New Jersey, a state which has set a goal of 7,500 MW of offshore wind energy by 2035.

Ørsted said Urbish would be responsible for setting and shaping the Ørsted legislative and regulatory agenda in New Jersey and working with government and non-governmental partners across the state to grow the offshore wind industry in New Jersey and North America.

Most recently, Urbish served as a senior associate at River Crossing Strategy Group, where she represented and advised clients on New Jersey state politics and policies, including energy and environmental protection, and helped to develop advocacy efforts and engagement strategies directed at key stakeholders.

Prior to that, she was a policy advisor in the office of Governor Phil Murphy, with a focus on energy, environment and agriculture policy. She also previously worked at New Jersey Audubon, one of the state’s largest environmental organizations, where she served as director of the Coalition for the Delaware River Watershed, managing a four-state coalition comprised of more than 120 non-governmental organizations.

“Maddy’s extensive experience working in energy and in the state will benefit us as we continue to develop the Ocean Wind 1 project and our Ocean Wind 2 bid,” said Fred Zalcman, Head of Government Affairs at Ørsted.

Urbish, a 2017 Fellow with the New Leaders Council – New Jersey, received a master’s degree in public administration from the University of Pennsylvania and a bachelor’s degree from The College of New Jersey in history and political science.

The company has said it has secured over 2,9 GW of additional capacity through five projects in the Northeast and Mid-Atlantic.

Ørsted in December 2020 submitted a bid to the New Jersey Board of Public Utilities to develop its Ocean Wind 2 project. The bid was in response to the second request for proposals under Governor Phil Murphy’s Offshore Wind Strategic Plan. This solicitation will award up to 2,400 MW.