Posted by tesla@jabvertising.com on June 7, 2022 | Featured

The companies said the agreement was signed to make the North Sea Energy Island “a backbone” in the future digitization of Northern Europe and attract large-scale digital investments to Denmark.

“Ørsted + ATP want the North Sea Energy Island to be more than just an island. It will draw upon a ground-breaking modular design to become a future-proof and innovative piece of Danish infrastructure at the center of the world’s largest offshore network of green energy,” Ørsted said.

“Today, Ørsted + ATP are taking another significant step to make the North Sea Energy Island an innovative and smart island and a center of a green and digitally connected tomorrow,” Ørsted said, announcing the contract with GlobalConnect-

“This is expected to be a major opportunity to deliver on the future digitization agenda of Northern Europe and a key enabler to potentially attract large-scale investments in digital infrastructure, including data centers. GlobalConnect has the most extensive high-capacity network and experience in Northern Europe with more than 100,000 km of fiber across the region,” Ørsted said.

“Data consumption is expected to rise significantly in the coming years, as more devices connect to the internet. This will require a capacity expansion of the grid transporting data between the North Sea countries, and a smart North Sea Energy Island offers a natural intersection for this grid, while also being a reliable source of renewable energy to power the digitization,” Ørsted said. 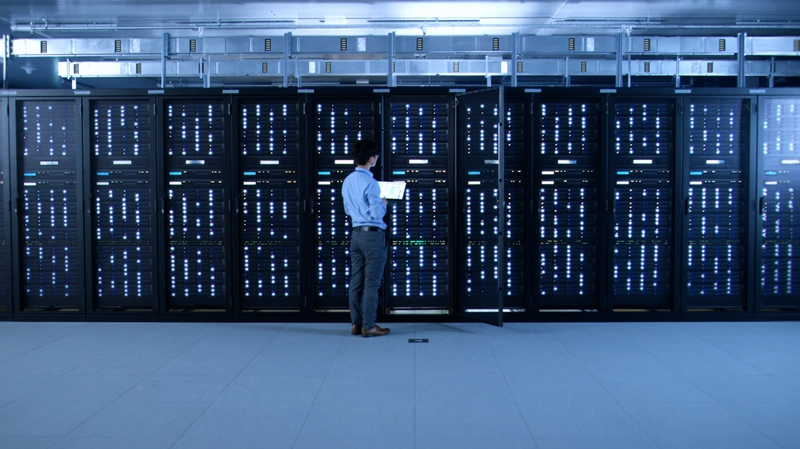 In early 2021, Denmark approved the construction of the first of its kind wind energy hub in the North Sea that promises to produce yet unseen amounts of green electricity, in what has been described as the largest construction project in Danish history.

The energy hub – an artificial island – will serve as an offshore power plant gathering and distributing electricity from hundreds of wind turbines surrounding the island directly to consumers in countries surrounding the North Sea.

The island is expected to have a total area of at least 120.000 square meters and in its first phase, it will be able to provide 3 million European households with green energy. The project will be a public-private partnership between the Danish state and private companies.

Ørsted and ATP which have said they want to bid to build the project, said Tuesday that apart from the initial plan for the island to be a renewable energy hub, by making the North Sea Energy Island a digital hub, Denmark will be centrally placed to attract investments in two of the most significant long-term growth industries globally: renewable energy and digital infrastructure.

“In recent years, the Nordic countries have become home to some of the world’s largest tech companies. Building high-capacity and secure digital infrastructure across Nordic and European countries is key to meeting the demands of the tech giants, as well as society’s growing need for robust internet connections. With today’s agreement, Ørsted + ATP and GlobalConnect are paving the way to attract large operators,” Ørsted said.

“The proximity to large-scale emission-free energy and GlobalConnect’s secure and resilient digital backbone could thereby attract significant investments to the North Sea Energy Island and, consequently, to Denmark. Additionally, the smart energy island will become a central part in the next phases of the regional offshore wind build-out by enabling for example autonomous operations and further digitizing offshore wi­­nd,” Ørsted said.

Rasmus Errboe, Head of Region Continental Europe at Ørsted, said: “The North Sea Energy Island offers Denmark a unique opportunity to become a hub for the key technologies of tomorrow, and thereby attract significant investments within both renewable energy and digitalization. We’re very excited to work with GlobalConnect to enable the future connectivity needs of the region, while leveraging our unique modular design to potentially attract global tech investments to the region, including on the North Sea Energy Island.”

Claus Wiinblad, Senior Vice President at ATP, says: “When embarking on such a significant long-term investment as The North Sea Energy Island, it’s crucial that the dynamics of the concept and construction meet the demands of the future sustainable and digital society. We want to create a versatile and flexible energy island that will support the green transition, both now and in the years to come, as well as being a sensible risk-adjusted investment of the Danish pensions.

“In GlobalConnect we have a resilient partner in digital infrastructure to secure connectivity and growth.” Martin Lippert, Group CEO of GlobalConnect, says: “The North Sea Energy Island will play a significant part in future-proofing the region while strengthening the Nordic’s position as an attractive hub for transporting data across the world. As a provider of cross-border critical digital infrastructure, we are very excited to share the vision with Ørsted + ATP to build a smart energy island with a resilient and secure network that paves the way for the digital future of offshore wind while providing a unique attraction to global tech giants.”