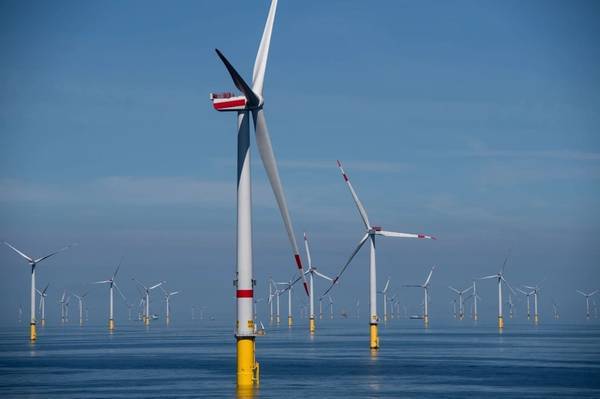 Rasmus Errboe, Head of Region Continental Europe at Ørsted, said: “Borkum Riffgrund 3 is a landmark project, and we’re proud that Ørsted is once again leading the way by being the first to take FID on a merchant offshore wind project in Germany. We’ve brought this project forward by signing several large-scale power purchase agreements with leading corporates, bringing in a partner for 50% of the wind farm, and procuring and installing Borkum Riffgrund 3 and Gode Wind 3 as one gigawatt-scale project.”

Jörg Kubitza, Managing Director for Ørsted in Germany, adds: “With the decision to build Gode Wind 3 and Borkum Riffgrund 3, we’ll expand our German portfolio to six offshore wind farms and a total investment volume since 2012 of around 7.5 billion euros. While Borkum Riffgrund 3 will be the biggest wind farm in Germany to date, gigawatt-scale wind farms should be the norm when planning future offshore wind buildout. Large-scale projects will be key to securing the green energy volumes needed to reach climate neutrality in Germany by 2045, an effort for which offshore wind remains the most suitable source of renewable energy.”

The power from both projects will be generated by Siemens Gamesa offshore wind turbines, each with a capacity of 11 MW and a 200-meter rotor diameter.

In the German offshore wind auctions in 2017 and 2018, Ørsted was awarded the right to build five offshore wind projects, today known under the consolidated names Gode Wind 3 and Borkum Riffgrund 3.

With bids of EUR 0 per MWh, Borkum Riffgrund 3 was the world’s first large-scale offshore wind farm to be awarded with a zero bid.

“This was made possible by a number of cost drivers, including the installation of next-generation wind turbine technology, very good site conditions and high wind speeds, and anticipated revenue-stabilizing CPPA’s with corporates,” Ørsted has explained. Gode Wind 3 will receive a weighted average subsidy of EUR 81 per MWh.