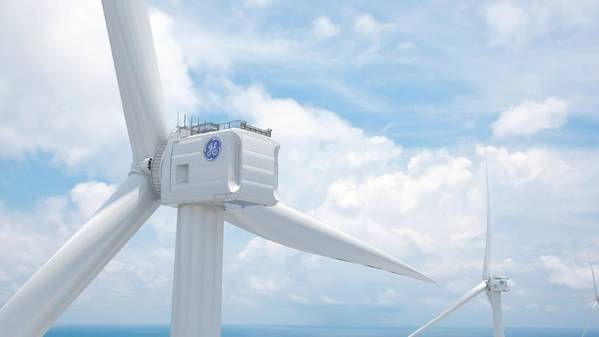 Offshore wind developer Ørsted has entered into an agreement to sell a 25% stake in its 1,1 GW Ocean Wind offshore wind project off the coast of Atlantic City to New Jersey’s Public Service Enterprise Group (PSEG).

PSEG’s contribution will include both a conventional and tax equity investment in the project, Orsted said, without disclosing the value of the transaction.

According to the Danish offshore wind giant, the Ocean Wind project could provide first power in late 2024, subject to federal permitting timelines, other development and construction activities, and final investment decisions by Ørsted and PSEG.

Completion of the acquisition by PSEG is expected to occur in the first half of 2021.

In addition to the Ocean Wind partnership, Ørsted and PSEG are joint venture partners on the Garden State Offshore Energy lease area.

Henrik Poulsen, CEO and President of Ørsted, says: “I’m delighted to extend our partnership with PSEG and welcome them on Ocean Wind, which will contribute significantly to New Jersey’s target of achieving 100% renewable power by 2050.

“In addition to clean energy, Ocean Wind will bring jobs and industrial development to the Garden State during development and construction and throughout its operational lifetime. I look forward to delivering this flagship renewable energy project to New Jersey in close cooperation with PSEG.”

Ralph Izzo, Chairman, President, and CEO of PSEG, says: “We’re pleased to expand our partnership with Ørsted, a global leader in the development of offshore wind. As New Jersey’s first offshore wind project, Ocean Wind will lead the way for a productive first step into this forward-leaning industry, bringing with it new skills, jobs, and carbon-free energy.

“Further, this investment in offshore wind energy is well-aligned with our company’s long-term clean energy strategy. We’re excited to continue our close relationship with Ørsted, combining each organization’s expertise to achieve powerful benefits for energy consumers and the state, and we look forward to future opportunities throughout New Jersey and the Mid-Atlantic.”

The Ocean Wind wind farm site is located 24 km (15 miles) off the coast of Atlantic City. It will be New Jersey’s first large-scale offshore wind farm, and will feature GE’s powerful Haliade-X turbines. A prototype of the Haliade-X turbine was recently uprated from 12MW to 13MW in Rotterdam.

Ørsted plans to establish an operations and maintenance (O&M) base in Atlantic City that will provide permanent jobs during the projects’ 30+ years operational lifetime.

Ocean Wind will receive a first year Offshore Wind Renewable Energy Certificate (OREC) price of USD98.10 per MWh generated, with a 2% increase per year during the 20-year term of the OREC.