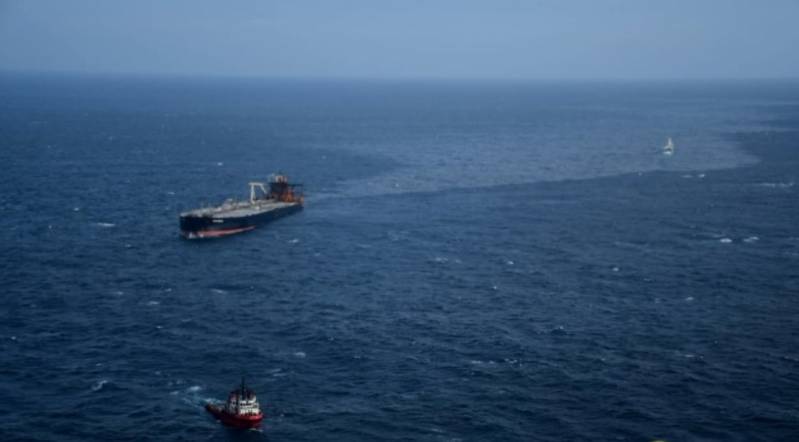 The owners the New Diamond supertanker which caught fire with a cargo of two million barrels of oil aboard has agreed to pay 340 million rupees ($1.84 million) to Sri Lanka for its help in extinguishing the blaze and averting disaster.

Insurers of the vessel West of England will settle the bill, MEPA Chairperson Dharshani Lahandapura said.

The New Diamond, loaded with Kuwaiti oil, is chartered by Indian Oil Corp and is currently 66 nautical miles (122 kilometres) from Batticaloa on Sri Lanka’s east coast.

MEPA has allowed the release of 20 crew members while one injured sailor is undergoing treatment in a private hospital in Sri Lanka, Lahandapura said.

The captain has not been allowed to leave the country as he is going through legal proceedings, she said.

Lahandapura said the interim claim does not include damages for the spill of marine oil. While it did leak fuel, its crude oil cargo remained intact.