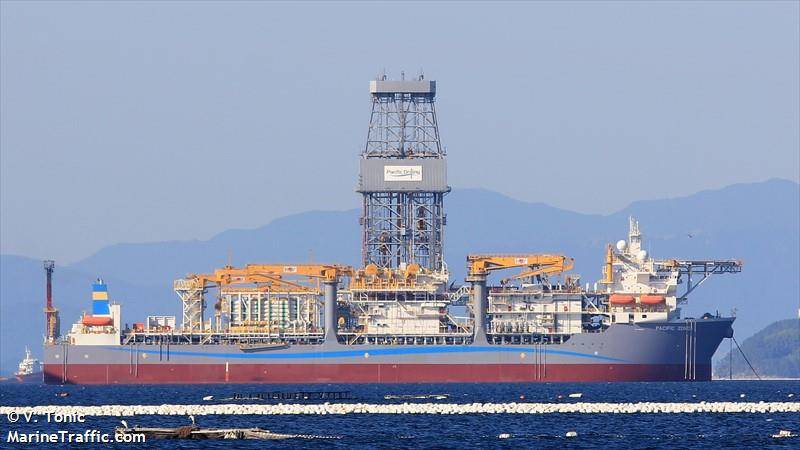 Offshore drilling contractor Pacific Drilling can’t appeal the ruling under which it was in January ordered to pay $320 million to Samsung Heavy Industry for a 2015 drillship order cancellation.

Pacific Drilling had placed the order for the Pacific Zonda ultra-deepwater drillship with Samsung in 2013, with the scheduled delivery in for March 31, 2015.

The offshore drilling contractor then decided to delay the rig delivery for the fourth quarter of 2015. It then, in October 2015 canceled the rig order, citing the failure of Samsung Heavy Industries “to timely deliver a vessel that substantially meets the criteria required for completion of the vessel in accordance with the construction contract and its specifications.”

Samsung then started an arbitration proceeding and won the case in January, with Pacific Drilling ordered to pay the South Korean shipbuilder $320 million. The award did not include around $100 million in interest and costs sought by Samsung, for which the decision was to be made at a later date.

Pacific Drilling’s subsidiaries related to the drillship then filed an application with the High Court in London for leave to appeal the January ruling, while at the same time acknowledging that the grounds for the grant of permission to appeal were limited.

Come this week, Pacific Drilling said the High Court in London had denied the application of the company’s Zonda-related subsidiaries for leave to appeal the award to Samsung.

The two subsidiaries PDVIII and PDSI have previously filed a separate plan of reorganization under Chapter 11 of the U.S. Bankruptcy Code in the United States Bankruptcy Court for the Southern District of New York, and that plan was confirmed on January 30, 2019.

On the date the Zonda Plan was confirmed, Pacific Drilling said that the Zonda subsidiaries had $4.6 million in cash and no other material assets for Samsung to recover against on account of its claims.

“The Company expects that PDVIII and PDSI [the Zonda-related subsidiaries] will proceed to be liquidated in accordance with the terms of their Chapter 11 plan,” Pacific Drilling said this week.

Offshore Engineer has reached out to Samsung Heavy Industries, seeking more info on how it planned to recover the awarded $320 million, given the liquidation of Pacific Drilling’s Zonda subsidiaries. We will update the article if we receive any response.

As for the Pacific Zonda drillship, the rig is an upgraded Dual Load Path Samsung 12000 design dynamically-positioned, Dual Gradient capable drillship, able to operate in moderate environments and water depths up to 3,657 m (12,000 ft) using 183/4n BOP and 21″ OD marine drilling riser. The drillship can accommodate 200 persons. The rig is, according to AIS data, currently located near the Samsung yard in Geoje, South Korea.