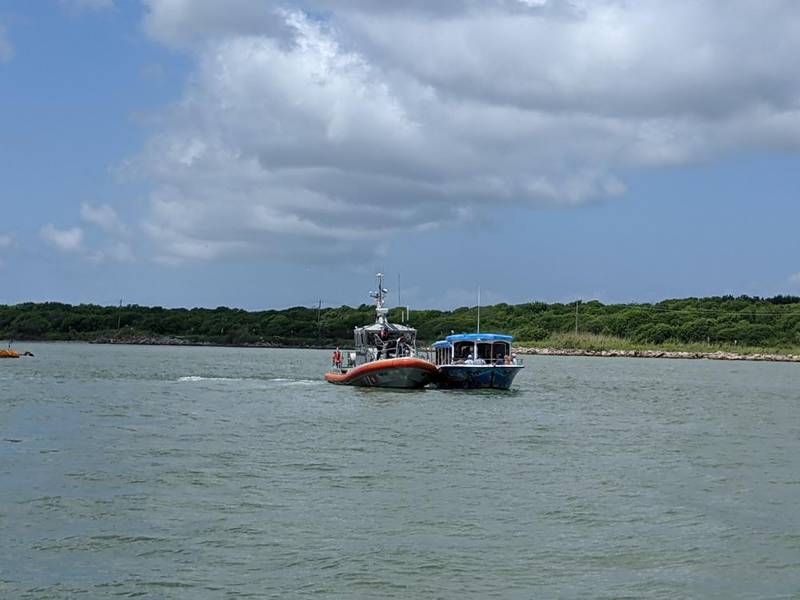 A passenger vessel lost steering and went a drift in a highly trafficked area near Galveston, Texas, on Saturday.

The U.S. Coast Guard said its watchstanders at Sector Houston-Galveston received a call on VHF-FM channel 16 at about 11 a.m. from the captain of the Baywatch Too stating the dolphin sightseeing vessel had lost steering and was drifting toward a dredge pipe near Seawolf Park with 33 people on board.

The RB–M crew arrived on scene, placed the Baywatch Too in tow and safely transported the vessel, crew and passengers to Pier 21 in Galveston where operator Baywatch Dolphin Tours starts and ends its sightseeing tours.

“It is fortunate we were patrolling nearby, heard the call for help and were able to relay communications between the Baywatch Too and the Coast Guard command center,” said Greg Hoffnung, coxswain of the Auxiliary Flotilla 6-8 boat crew. “We recommend that all boaters keep a listening watch on channel 16 so they can support fellow mariners in distress, especially during such a busy holiday weekend.”