The company has completed its Pavo resource assessment and said that the oil discovery significantly increases Carnarvon’s oil resources for potential development through the Dorado facilities, located around 46 kilometers from Pavo. The Pavo discovery was made in March using the Noble Tom Prosser jack-up drilling rig.

The Dorado is one of the largest offshore oil discoveries on Australia’s North Western Shelf, and Santos is working to develop it using an FPSO and a wellhead platform.

“The greater Pavo closure comprises a northern structure, from which the Pavo-1 well-recovered hydrocarbons (Pavo North contingent resource), and a southern structure (Pavo South prospective resource). The two structures are separated by a narrow syncline, with the depth of the syncline being shallower than an interpreted residual oil-water contact noted in Pavo-1. This supports the position that Pavo South is likely filled with the same oil encountered in Pavo North,” Carnarvon said. 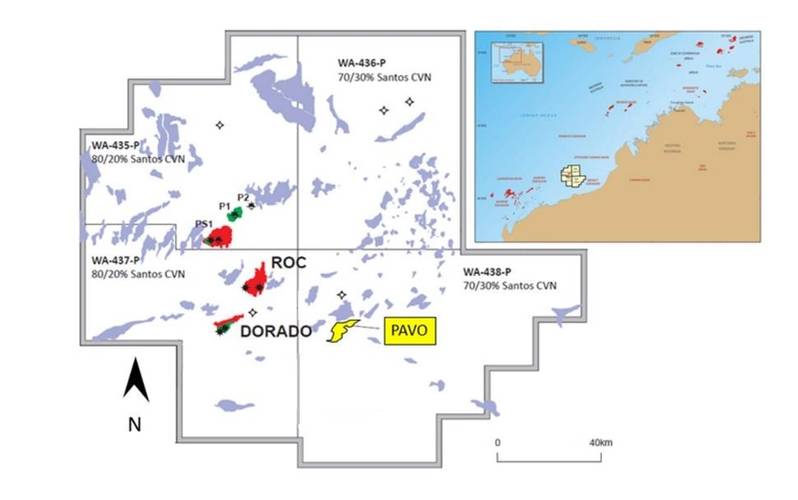 Credit: Carnarvon EnergyCarnarvon Managing Director and CEO, Adrian Cook, said: “As we reported a little over a month ago, the Pavo-1 well result is another stellar exploration success in Carnarvon’s history in the Bedout Sub-basin. I’m now pleased to be in a position to report on the contingent and prospective resources within the Pavo structure.

Importantly, Pavo has the potential to maintain high flow rates through the Dorado production facilities and thereby preserve the field’s low operating costs per barrel for an extended period of time. The success of the Pavo-1 well has also led the joint venture to consider its upcoming appraisal and exploration campaigns in the Bedout Sub-basin. Carnarvon is working closely with the operator, Santos, to define these targets and will provide more information to shareholders in due course.”

Prospective resources are the estimated quantities of petroleum that may potentially be recovered by the application of a future development project and may relate to undiscovered accumulations. These prospective resource estimates have an associated risk of discovery and risk of
development. Further exploration and appraisal will be required to determine the existence of a significant quantity of potentially moveable hydrocarbons. 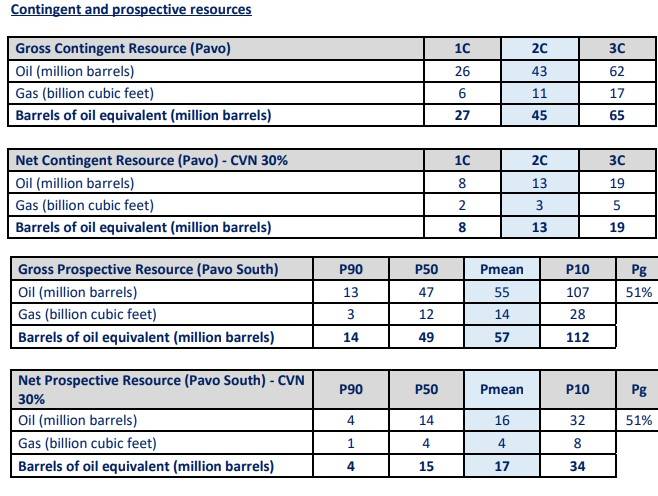