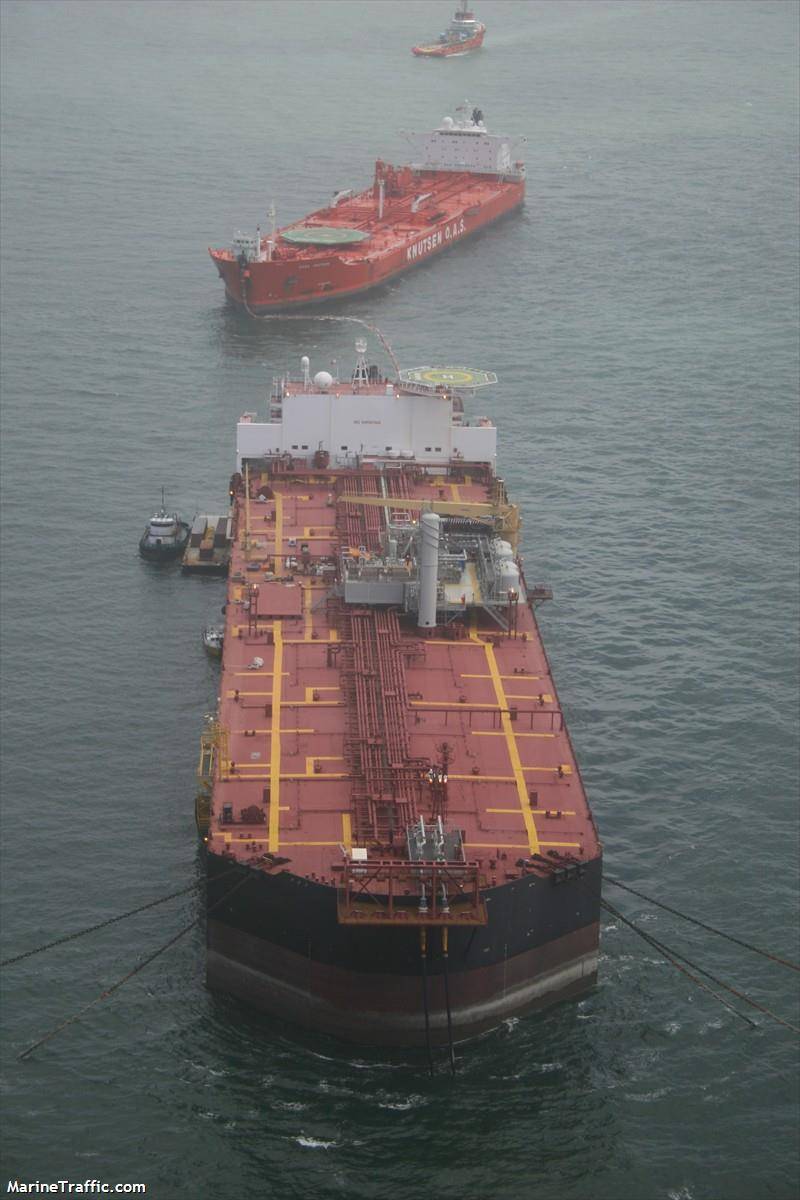 Venezuela’s state-run PDVSA and Eni are looking at options to safely offload crude from a floating storage facility on Venezuela’s eastern coast that has remained idle for over a year due to U.S. sanctions, according to sources close to the discussions and a statement from the Italian oil company.

About 1.3 million barrels of Corocoro crude stored at the FSO (floating storage and offloading facility) have remained stuck in the vessel, which has been left without operating crew.

As time passed, the obstacles to transferring the oil have increased, the sources said.

In July, Petrosucre allowed a technician to board the FSO and correct a 8% lean that was creating the risk of a spill. But other problems followed, including a sea water leak affecting its engine room that could not be fixed as the facility’s bilge pumps were out of service, the sources added.

The issues are creating pressure for both companies to find a solution, even if the stored crude is not exported. A local contractor, Consemar Group, was recently hired to do an inspection, two of the sources said.

Neither PDVSA nor Consemar responded to requests for comment.

Eni told Reuters in a statement that the conditions aboard the Nabaraima were “stable” and that there was “currently no risk of an oil spill.”

“Eni is collaborating with Petrosucre to define and implement a program for unloading the oil cargo from Nabarima,” the statement read, adding that Eni planned to use a dynamic-positioning (DP) vessel to offload the crude.

The issue at the FSO comes after a large oil spill believed to have come from one of PDVSA’s refineries in July has affected one of Venezuela’s most sensitive national parks and raised concern about the environmental risks posed by the country’s ailing oil industry.

Struggling under U.S. sanctions, PDVSA has seen exports and output plummet this year, as well as the near-total paralysis of its poorly maintained refining network, leading to chronic fuel shortages.

PDVSA owns 74% of Petrosucre and Eni holds the remaining 26%. The shallow-water project at Venezuela’s Gulf of Paria was producing about 15,000 barrels per day (bpd) of crude before sanctions. Output was zero as of March 2020, according to an internal PDVSA document seen by Reuters.

Workers at the joint venture last month denounced the FSO’s deterioration due to lack of maintenance. At the time, Venezuela’s maritime authority INEA said the vessel was upright and under supervision by authorities.

Eni has mulled options to transfer oil out of the vessel and export the crude to its refining system in Italy as a way to cash pending dividends from the joint venture, the sources said. Such a plan would need authorization from the U.S. Treasury Department, because of sanctions.

A meeting between Eni and U.S. officials planned earlier this year to discuss the authorization has been postponed several times with no permission granted for the exports so far. Eni submitted a report to the Treasury Department explaining the environmental risks associated with the FSO, one of the sources said.

Since last year, Eni has lifted other Venezuelan crude grades for exports to its refining system and for re-sale. But no Corocoro crude has been exported since sanctions were imposed.

PDVSA has been firm in its position that it cannot afford to pay for crew to be permanently onboard the Nabarima nor to plan an operation to transfer the oil by itself, the sources added.

However, PDVSA’s trade and supply department recently drafted a plan to hire a local contractor for transferring the crude to the company’s Guaraguao terminal, the sources said.