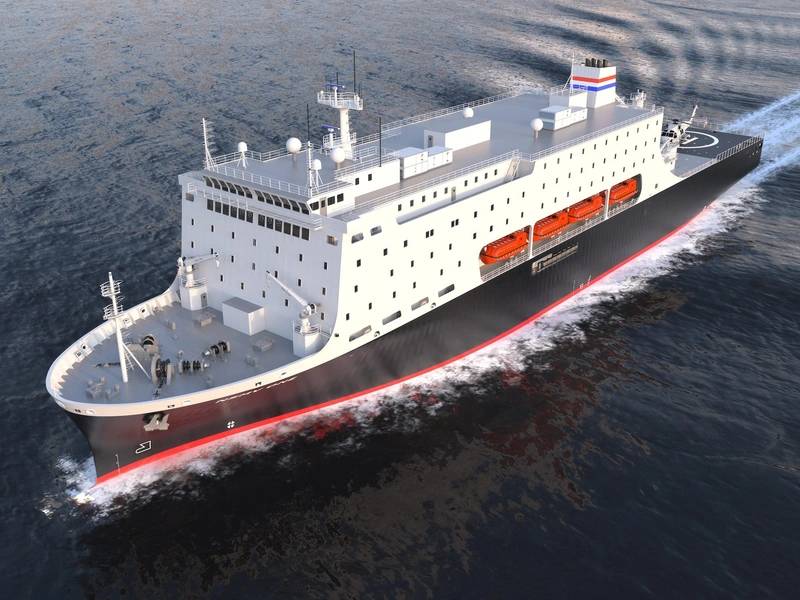 Philly Shipyard has received an order from the U.S.-based ship management company TOTE Services for the construction of one additional National Security Multi-Mission Vessel (NSMV), following the authorization by the U.S. Department of Transportation’s Maritime Administration (MARAD).

This marks the fifth and final NSMV in the training ship series. The modern vessel will replace the aging training vessel at California State University Maritime Academy in Vallejo, California.

Construction of the new vessel (NSMV 5) is expected to start in 2023. The contractual delivery date for NSMV 5 is set in 2026.

“It is truly a great day for Philly Shipyard as we are now responsible for building the complete series of the NSMV program – a physical symbol of MARAD’s investment in the future of maritime education and training,” said Steinar Nerbovik, President and CEO of Philly Shipyard. “The NSMV program continues to mark a turning point in our Company’s transformation to serve both commercial and government markets.”

The NSMVs will be owned by MARAD, which developed the initial concept for the design. Keel laying of NSMV 1 occurred in December 2021 and full production start of NSMV 2 occurred in November 2021 in accordance with plan. Pre-production activities on NSMVs 3 and 4 and SRIV 1 are ongoing.

The NSMV will feature numerous instructional spaces and a full training bridge with accommodation for up to 600 cadets to train in a first-rate maritime academic environment at sea. State maritime academies graduate approximately 70% of all new officers each year – the merchant mariners who help keep cargoes and the economy moving. Many also support U.S. national security by crewing military sealift vessels.

Along with serving as an educational and training platform, the NSMV will also be available to uniquely support federal government efforts in response to national and international disasters such as hurricanes and earthquakes. In this role as a National Defense Reserve Fleet vessel, the NSMV will incorporate medical capabilities, a command and control platform, and berthing for up to 1,000 first responders and recovery workers. The vessel’s roll-on/roll-off ramp and crane to facilitate container storage capabilities will enable it to provide critical support equipment and supplies to those in need.