Oil and gas company TAQA said Friday it had started its first major asset removal project and one of the largest topside removal projects of its kind in the North Sea, with the removal of the Brae Bravo platform.

The Brae Bravo platform, first commissioned in 1988, is located 191km (119 miles) east of Sumburgh Head, Shetland in block 16/7a. The platform consists of a topside weighing 36,000 tonnes and a jacket substructure weighing 22,500 tonnes.

The Brate Bravo is being removed over three separate phases in 2021 and 2022, using two of the world’s largest semi-submersible crane vessels, Heerema Marine Contractors’ Thialf and Sleipnir.

The project also made it the first time for the Thialf and Sleipnir, both longer than 200 meters, to meet in the North Sea.

The first campaign, which began in April, saw the two semi-submersible crane vessels simultaneously in the field for several days to prepare and ultimately remove the flare tower, bridge, and jacket. Thialf remains in the field to complete final preparatory works and module separation to allow final removal in the summer.

“Despite the challenges of the pandemic, we have mobilized as many as 500 people to our vessels safely. This accomplishment was only possible due to the close collaboration with our client TAQA and consortium partner AF Offshore Decom. We are proud to execute this historic project,” said Heerema CEO Koos-Jan van Brouwershaven. 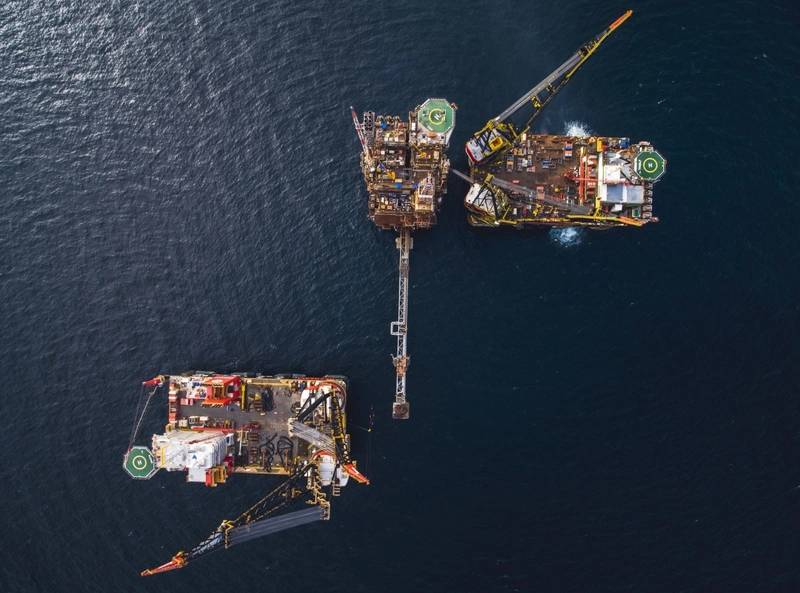 For the second campaign, Sleipnir will remove the remaining topsides during two trips to the field during the summer of 2021, at which point the only remaining visible element of Brae Bravo will be the top of the jacket above the sea surface.

“A dedicated navigational aid will be placed on the remaining structure and a 500-meter safety zone will remain in place until jacket decommissioning is completed in 2022,” Taqa said.

All waste materials will be transported to the AF Environmental Base in Vats, Norway and processed, aiming for a 95% recycling or reuse target.

Donald Taylor, TAQA Managing Director for Europe, commented: “TAQA Europe is embarking on one of the largest decommissioning exercises in the North Sea to date. The Brae Bravo has been an integral part of the Brae fields for more than three decades with the size and scale of the platform, including the topside structure, almost the height of the London Eye.”

“The arrival of Thialf in the field was a historic occasion, heralding the moment when we started converting many years of planning into practical implementation.

“Over the last 33 years, Brae Bravo has been an important contributor to the UK oil and gas industry with many people having long-standing connections to the platform. This project will involve more than 500 people working offshore on the program during peak decommissioning operations, and we are committed to delivering safe and efficient execution of this milestone. 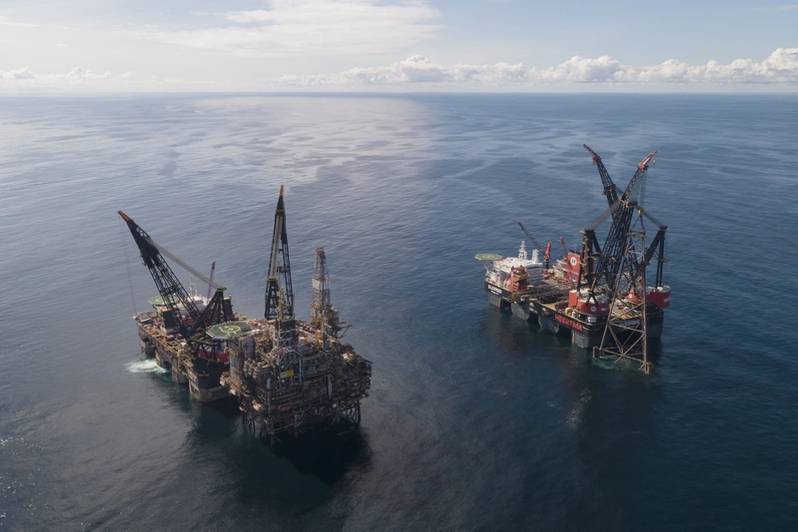