The Coast Guard Cutters Myrtle Hazard (WPC 1139), Oliver Henry (WPC 1140)  and Frederick Hatch (WPC 1143) were commissioned during what the USCG said was a rare triple-commissioning ceremony at the new homeport at Coast Guard Forces Micronesia Sector Guam. Guam is an unincorporated territory of the United States in the North Pacific Ocean.

At  154-feet long, they reach speeds of over 28-knots covering a distance of 2,500 nautical miles over a five-day patrol. They are armed with a  stabilized 25-mm machine gun mount and four crew-served .50-caliber machine guns.

“The triple commissioning of Coast Guard Cutters Myrtle Hazard, Oliver  Henry, and Frederick Hatch signals our dedication to regional partners  and the growing maritime demand in the region,” said Capt. Nick Simmons, commander, Coast Guard Forces Micronesia Sector Guam. “It was an honor  to celebrate this historic event with the crews, families and sponsors  for each cutters’ namesake.”

The Coast Guard said that the trio would, like the 30-year old Island-class patrol boats before them, support the people of Guam, the Commonwealth of the Northern Mariana Islands, “and our international partners throughout Oceania.” 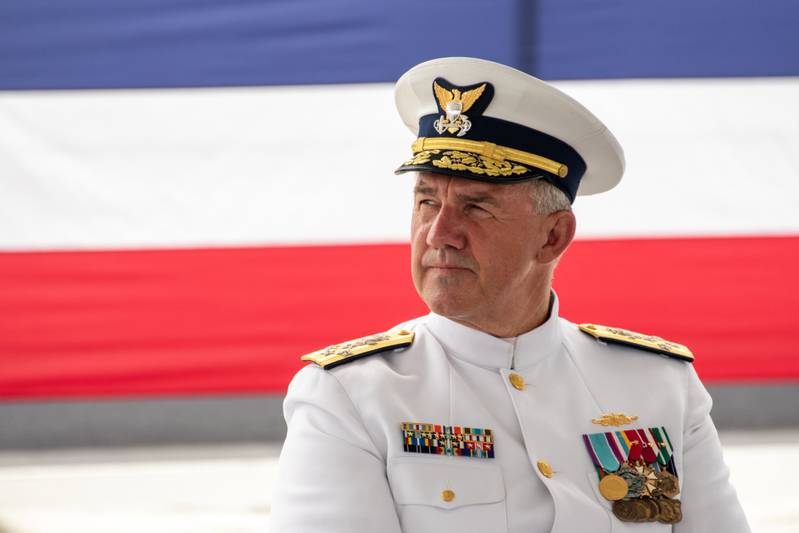 “The Coast Guard already has a well established presence within the region due to its bilateral shiprider agreements with Pacific Island Forum  countries. These shiprider agreements allow partnering nations’ defense and law enforcement officers to go aboard Coast Guard vessels to  observe, board, and search vessels suspected of violating laws or regulations within their exclusive economic zones,” USCG said.

“By embarking shipriders, Coast Guard crews are able to support allies in  the region and work towards expanding security by addressing regional challenges to peace, prosperity, and social inclusion. The retention of crewmembers from these invaluable missions means the lessons learned from joint operations will carry over to the new FRCs, ensuring goodwill developed by past Coast Guard assets will remain applicable,” USCG said.

The U.S. Coast guard said  that the vessels’ advanced capabilities greatly improved the Coast Guard’s ability to conduct missions ranging from search and rescue to national defense “while also contributing to joint operations between the United States and its regional partners as they work towards common goals such as the prevention of illegal, unreported and unregulated fishing.” 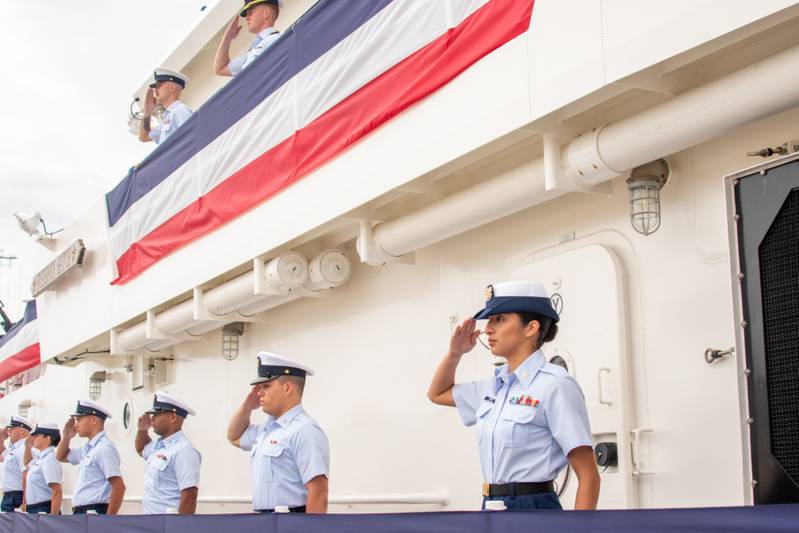 “The people of Guam, the Commonwealth of the Northern Mariana Islands, and Micronesia can rest assured that these multi-mission platforms stand ready to support our partners throughout the region,” said Simmons.

Each FRC has a standard 24-person crew. This brings over 70 new Coast Guard members to Guam, along with their family members. Prior to the FRCs’  arrival, the Coast Guard presence on Guam was composed of approximately 250 active duty personnel and 40 reservists.