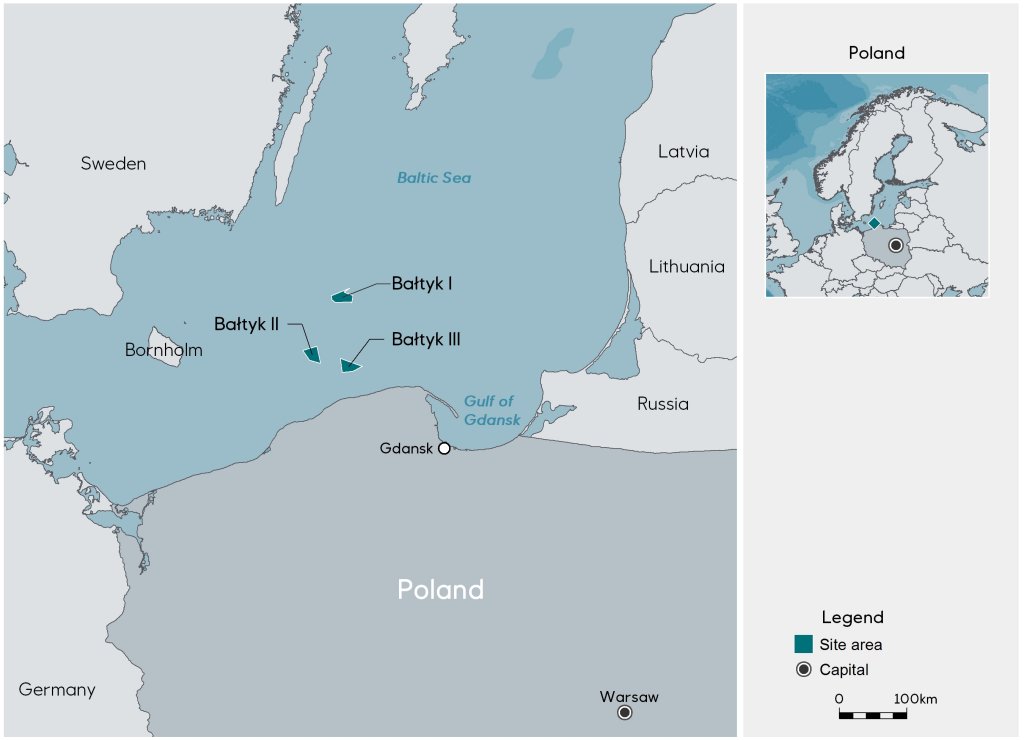 MFW Bałtyk I, a company owned by Polenergia and Equinor, has signed an agreement with the Polish grid operator Polskie Sieci Elektroenergetyczne (PSE) for the connection of the Bałtyk I offshore wind farm to the electricity distribution network.

At the beginning of 2019, PSE specified the connection conditions for Bałtyk I, which allow the project to be built to its full capacity of 1,560MW.

The wind farms will be located offshore the port of Łeba in water depths of between 20 and 40 metres.

Bałtyk III wind farm is expected to deliver first power in 2025 and Bałtyk II could following suit in 2027. Bałtyk I is anticipated to be built and grid-connected after Bałtyk II.

In mid-January, Polskie Sieci Elektroenergetyczne signed a grid connection agreement with Baltic Power, a company owned by ORLEN Group and as of recently Northland Power. The agreement was signed for the connection of the 1.2 GW Baltic Power offshore wind farm, which is expected to enter the construction stage in 2023.