Proman Stena Bulk, a joint venture between Proman Shipping and Stena Bulk, has agreed to build an additional vessel, the methanol-powered Stena Prosperous.

The joint venture in November 2019 signed a deal with Guangzhou Shipyard International (GSI) in China to build two IMOIIMeMAX methanol-ready 49,900 DWT vessels, with the first vessel due for delivery at the beginning of 2022.

Now, the company will add another vessel, the Stena Prosperous. which will join the Stena ProPatria and the Stena ProMare in the Proman Stena fleet in the second half of 2022.

Each vessel will use 12,500 tonnes per year of methanol as a marine fuel, which will, per Proman Stena, significantly reduce emissions in their normal commercial operations compared to conventional marine fuels.

According to the owner, the vessels will also be equipped with the latest energy efficiency technology, including continually controlled combustion, optimized tuning, redesigned and aerodynamic hull lines, and an energy shaft generator, reducing fuel consumption and helping to meet strict emissions criteria. 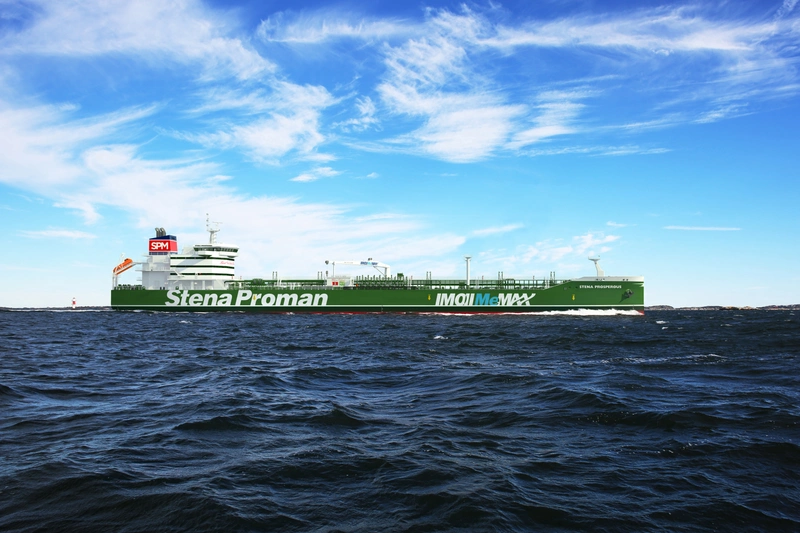 “For Proman Shipping, these new vessels demonstrate a long-term commitment to methanol as a marine fuel for the future. Ahead of the International Maritime Organisation’s (IMO) updated strategy to cut greenhouse gas emissions from the global shipping industry, due to be adopted in 2023, these vessels will set a new benchmark for mid-range (MR) tanker sustainability,” the company said.

The Stena Prosperous will initially be utilized by Stena Bulk within its traded pool of ships for a period of two to three years. According to the company, the vessel will be the first methanol dual-fuel powered ship traded on the chemicals / CPP market by a conventional shipowner without an active contract to a methanol producer.

After this initial period, the Stena Prosperous will then enter into a long-term time charter with Proman Shipping.

“This underlines both Stena’s and Proman’s confidence in methanol as one of the most viable and low-emission future marine fuels and their belief in the dual-fuel technology, as well as making methanol more readily available as a marine fuel for third party shipping companies. Methanol is already available at over 100 ports worldwide, including at all major bunkering hubs.

“It is a clean-burning, safe to carry, and fully biodegradable fuel, which provides a reduction in carbon dioxide (CO2)emissions, eliminates sulphur oxide (SOx) and particular matter completely, and cuts nitrogen oxide (NOx) emissions by 60% compared to traditional marine fuels,” the company said.