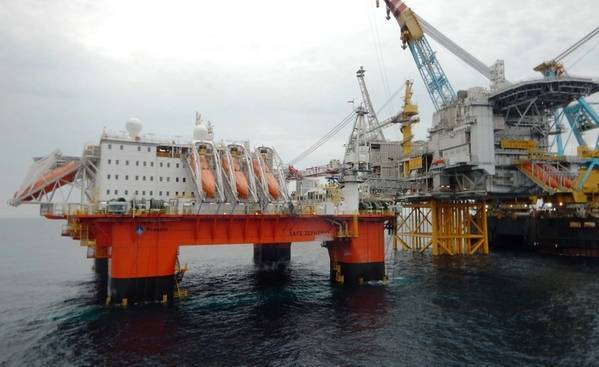 Offshore accommodation specialist Prosafe has agreed with Shell to defer and amend the charter deal for its DP3 Safe Zephyrus semi-submersible accommodation rig.

The flotel company has been hit hard by COVID-19 related cancellations and contract delays in the past months, to the point that the company in August said that 2020 was “a lost year.”

Prosafe reported in August an all-time low activity for the second quarter with the utilization of 6.5% in Q2 down from 71.6% a year prior.

The 100-day contract with a 30-day charter for the Safe Zephyrus accommodation unit – offering beds for 450 persons, in single man cabins – with Shell should have started in May, with the rig’s mobilization to Shell’s Shearwater project.

However, Shell then informed Prosafe that there would be no Shearwater work in 2020, with the two companies then starting to explore options for the rig.

In a statement on Thursday, Prosafe said it had agreed with Shell to defer and amend the contract for the Safe Zephyrus at Shearwater, with deployment now expected in 2021, and the contract getting longer than the original one.

Furthermore, as part of the agreement, Shell will compensate Prosafe through a fee considering the 10-month mobilization delay. Prosafe did not say how much Shell would pay for the delay.

Additionally, Shell and Prosafe will strategically work closely for 2022 and 2023, maximizing the opportunity to benefit both parties, Prosafe said, without going into details what this “close work” entailed.

Jesper Kragh Andresen, CEO of Prosafe says: “Shell has been, and will continue to be, one of our most valued customers. The COVID-19 pandemic has impacted the industry hard – operator and contractor alike – and it has been encouraging to work with Shell to solve the mutual challenges in a way that resulted in an agreement for the 2021 Shearwater turnaround, and a stronger strategic collaboration thereafter.”

As for the company’s other flotels, as previously reported, Prosafe’s Safe Caledonia unit was initially planned to start a 162-day contract with a 30-day option for Total at the Elgin complex in the UK sector of the North Sea from mid-April 2020, but it was then agreed to defer this project by one year.

The Safe Notos contract with Petrobras has been under suspension since early April 2020 and discussions between the two companies continue, while Safe Eurus, which has also been under Petrobras’ suspension, will resume operations on September 24, 2020

Safe Concordia completed the contract with Equinor Brazil at Peregrino earlier this year, and the process has been launched for the Regalia rig to be sold for recycling.

Prosafe last month said it expected tender activity in addition to further conclusions on ongoing commercial discussions later this year, could lead to “a decent activity level in 2021 and 2022.”