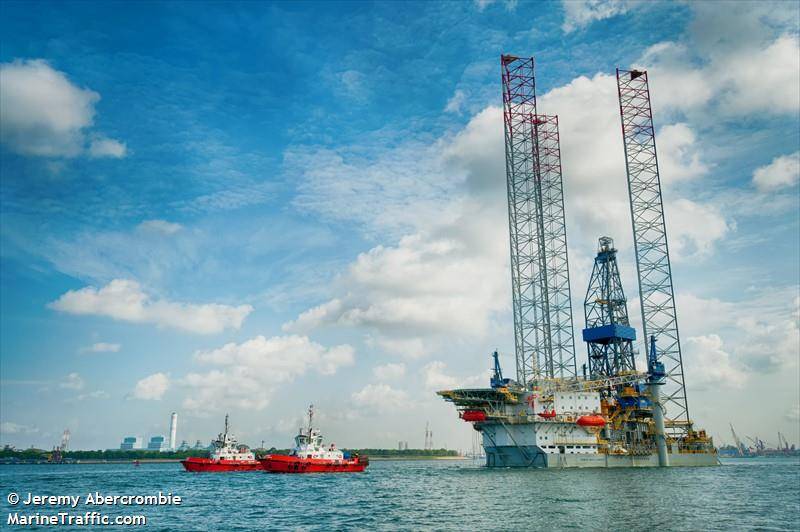 The Noble Mick O’Brien jack-up had had a contract with Qatar Gas running until mid-November 2020.

Qatar Gas has now extended the contract, and the 2013-built jack-up is expected to stay in Qatar until mid-August 2021. Noble Corp. did no share the day rate. Bassoe Offshore has estimated the day rate to be around $70,000.

Elsewhere in the Middle East, the Noble Roger Lewis jack-up, on a contract with Saudi Aramco in Saudi Arabia, will in late November go on a $0 rate standby for a period of up to a year.

Noble, however, said that the contract for the rig has been extended to March 2023.

It remains somewhat unclear if the rig will remain on a $0 day rate for the full period.

Namely, while at one section of its fleet status report Noble says the day rate will be reduced to $0 through the standby period, Noble also said the day rate “has been adjusted to $139k for the period from April 1, 2020, through December 31, 2021, after which time the day rate is scheduled to return to $159k.”

Apart from the two Middle East deals, Noble has recently secured a long term drillship contract with Exxon in Guyana, and a five well contract for Hans Deul jack-up rig with IOG in the UK.

In its quarterly update this week, Noble said its 12 jack-up rigs experienced fewer operating days in the third quarter when compared to the second quarter.

The decrease was largely driven by the one-year suspension on the Noble Scott Marks jack-up, which began in the second quarter, and the mobilization of the Noble Regina Allen to Trinidad and Tobago, which began during the third quarter and was partially offset by slightly more operating days on its North Sea fleet.

Noble posted a net loss of $51 million for the third quarter, compared to a loss of $42 million in the previous quarter. Revenue was $242 million, up from $238 million in 2Q.

Under the terms of the plan, all of the company’s bond debt, which is currently over $3.4 billion, will be converted into equity of the reorganized company.  Noble has also entered into a backstop support agreement with the company’s major bondholders to invest $200 million of new capital in the form of new second-lien notes.  In addition, the company has received signed commitments from existing bank lenders to provide a $675 million secured revolving credit facility.

“Solicitation for votes to approve the plan has begun with a voting deadline of November 13, 2020 and a confirmation hearing scheduled for November 20, 2020.  If the required number of votes are received, the Company intends to pursue the remaining steps toward Plan approval and emergence as quickly as possible,” Noble Corp said this week.