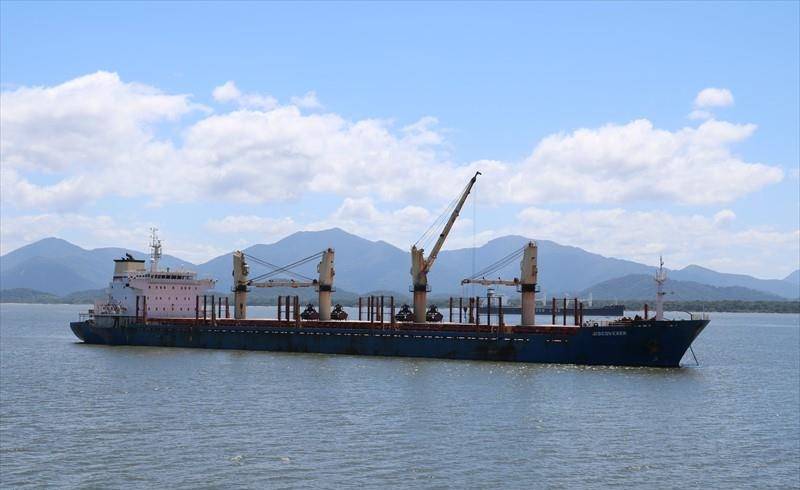 A ship carrying 30,500 tonnes of U.S. soybeans was unloading its rare cargo on Friday after getting all regulatory permissions and docking at one of Paranaguá’s berths, according to a spokeswoman for the port authority.

Brazil, a net food exporter, sold so much of its soybeans to China, that little was left to process internally during the inter-harvest period. A weak exchange rate contributed to this year’s export bonanza.

“Brazil is a giant in the production of soybeans, but the price of the product in the international market, combined with a favorable exchange rate, meant that practically all production was sold abroad,” Luiz Fernando Garcia, chief executive of the company that operates the port, said in a statement on Thursday. “As a result, it was necessary to import the grain to meet domestic demand.”

The Discoverer vessel is expected to unload the U.S. soy at a rate of 6,000 tonnes per day. It was chartered by Louis Dreyfus Co, which declined to comment on the commercial transaction.

Brazilian farmers are planting their 2020/2021 soy crop now and will start harvesting it around mid-January.

The government expects Brazil to produce almost 135 million tonnes this season, but dry weather in key planting regions, as well as strong demand from China, means supplies will continue to be tight, analysts say.

According to government data collated by the Paranaguá port authority, Brazil imported 625,000 tonnes of soybeans in the first 10 months of the year, the most since 2003, with the bulk coming from neighboring Paraguay.

On Oct. 16, Brazil temporarily suspended import duties on soybeans from countries outside the Mercosur trade bloc.

There have been no inbound soy cargos at Paranaguá over the past 10 years, the port authority said.