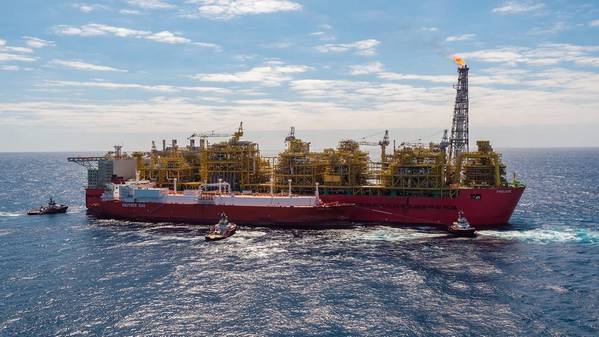 Australian oil and gas industry safety regulator NOPSEMA has ordered Shell to keep the giant Prelude FLNG facility off W. Australia shut until it can convince the regulator that it can keep the facility properly powered and that the safety systems are operational.

The order comes after production from the floating facility was shut earlier this month after a sudden loss of power, and subsequent failed attempts to re-establish reliable power aboard.

In its report on Thursday, NOPSEMA said: “At around 22:40 on 2 December 2021, the Shell Australia Pty Ltd owned and operated Prelude FLNG facility experienced an unplanned event that resulted in a complete loss of power at the facility, which subsequently led to unreliable and intermittent power availability over 3 days. Multiple attempts during this period were made to re-establish reliable power.”

NOPSEMA said that the loss of power had impacted the habitation and working conditions of the personnel on the facility, and that by December 6, 2021, the failure to restore reliable power was seen to represent an ongoing impact and risk to the health and safety of the person on the facility and NOPSEMA arranged to visit the facility.

“The Inspectors were mobilized at the first available opportunity on 8 December 2021, returning on 10 December. The Inspectors concluded that the operator did not have a sufficient understanding of the risks of the power system on the facility, including failure mechanisms, interdependencies and recovery,” NOPSEMA said.

According to NOPSEMA, the power failures directly impacted emergency response capability, operation of safety-critical equipment (e.g., communications, access to safety-critical documentation and information, Permit to Work System), and evacuation of personnel by helicopter or boat.

The functionality of process equipment required to effectively manage the LNG inventory was also affected.

NOPSEMA thus ordered Shell to keep the LNG production from the Prelude FLNG unit shut, until it can “demonstrate to NOPSEMA’s satisfaction that the facility can safely recover essential power and associated essential services following a loss of power, and that the safety systems and essential support systems operate to maintain safety of personnel.”

NOPSEMA also ordered Shell to develop a detailed plan, schedule, and commitment to timely implementation of all necessary corrective actions, and present the plan to NOPSEMA once complete.

Under the orders by NOPSEMA, Shell is expected, on the first business day of each month starting March 2022, to provide an update to NOPSEMA detailing progress under the orders made by the regulator.

The first LNG shipment from the project – originally sanctioned in 2011 – was shipped back in June 2019, via the Valencia Knutsen LNG tanker to customers in Asia. Shell is the operator of the project, with other partners being INPEX, CPC, and KOGAS.

The world’s largest FLNG facility had in January this year resumed LNG cargo shipments, almost one year after a shutdown caused by an electrical trip.