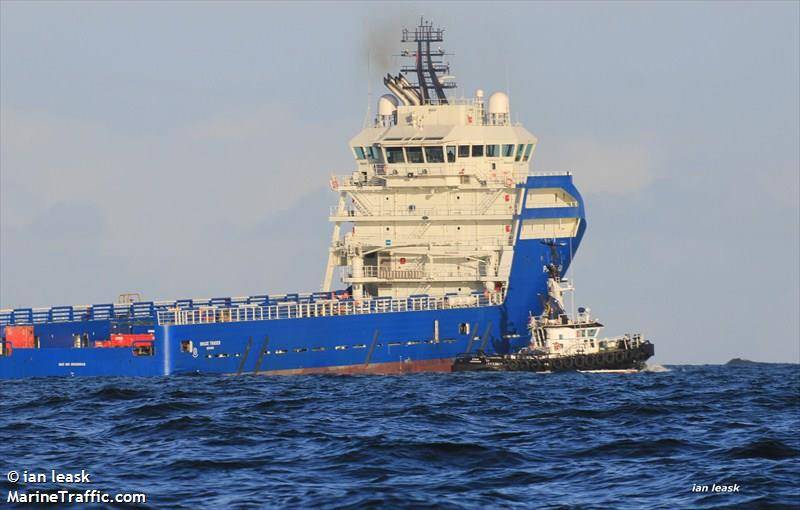 Rem Offshore said in a social media post on Friday that the vessel – delivered in 2012, and formerly known as Brage Trader- had won a campaign contract for 2021 and 2022 with the Dutch offshore services company Van Oord.

Under the contract, the platform supplier, which has for years worked in the oil and gas industry, will be deployed at the French offshore wind farm project Saint Brieuc, operated by Iberdrola’s subsidiary Ailes Marines.

The Saint-Brieuc offshore wind farm will be equipped with 62 Siemens Gamesa wind turbines, each with an 8 MW capacity, installed in a 75-square-km area. The turbines will have a total height of 207 meters.

Van Oord has a contract to transport and install 62 jacket foundations – steel lattice structure – and the foundation piles for the offshore substation for the wind farm.

Apart from the Rem Trader platform supplier, which has a deck space of 1,000m2, Rem Offshore is looking to deploy more vessels in other sectors, as well.

“The campaign is for the Saint Brieuc Offshore wind farm and is in the offshore wind segment. Rem is looking forward to placing PSVs in other segments to show the diversity and capability of our fleet,” Rem Offshore said.

Havyard Design & Solutions AS is responsible for the design. The vessel, which was originally designed as a Havyard 833 WE platform supply vessel PSV, will be converted into a service vessel for offshore wind, under the Havyard 833 CSV design.