Report: Egypt to seek over $1 billion in compensation for Suez blockage 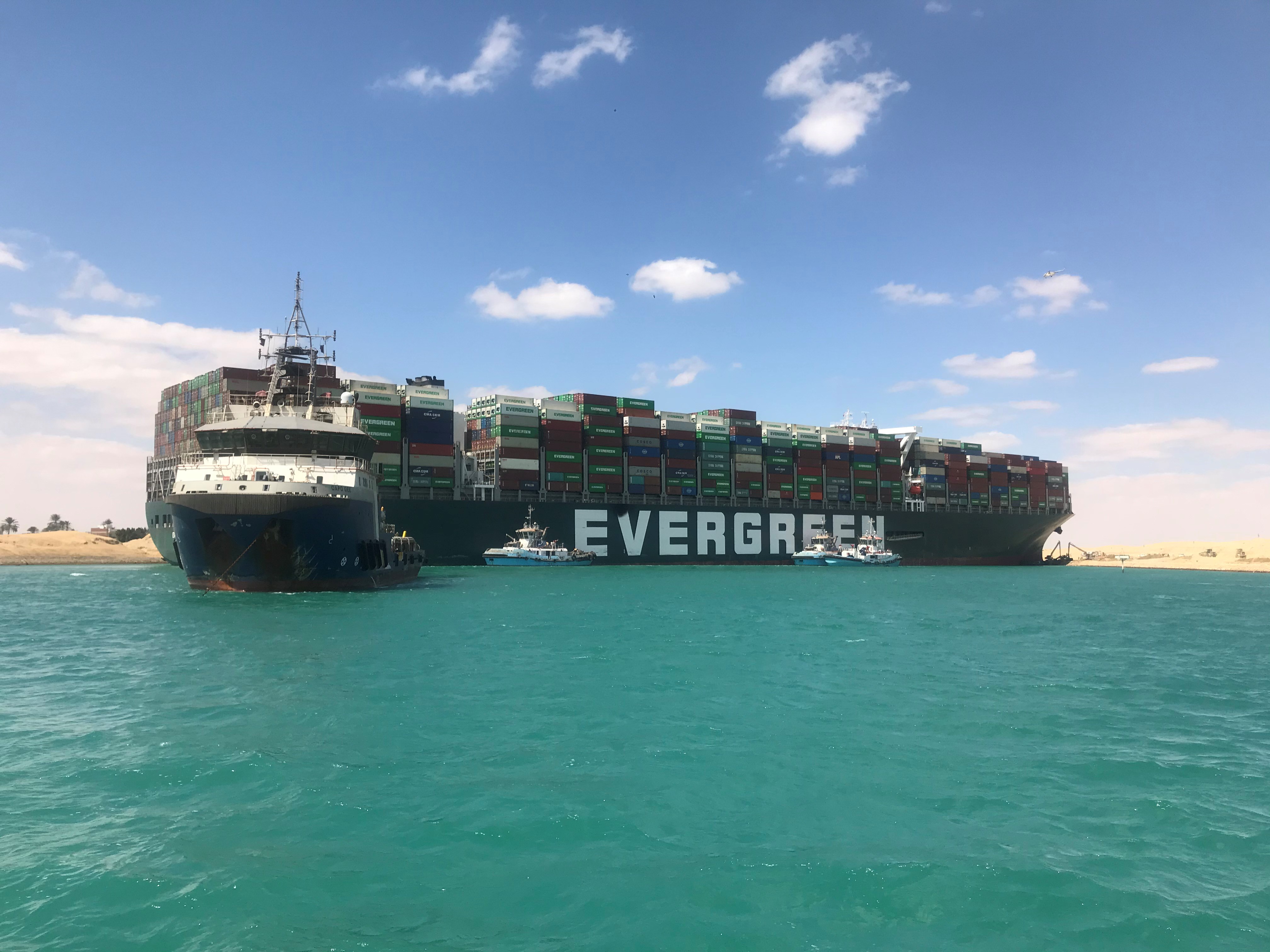 Egypt will ask for over $1 billion in compensation for damages caused by the grounding of Ever Given and the resulting blockage of the Suez Canal last week, Reuters reports citing Suez Canal Authority (SCA) Chairman Osama Rabie as saying to local reporters.

The compensation is also expected to cover the costs incurred for the massive salvage operation in the Suez Canal that finally managed to free the ill-fated container vessel on March 29.

The amount does not cover the losses suffered by numerous shipowners whose vessels ended up queuing in the waterway for days due to the logjam.

Therefore, the final bill for the incident is yet to be finalized.

The owner of the ship, Japanese shipping company Shoei Kisen Kaisha, which is expected to pay for the majority of the damages, has reportedly declared general average in connection with the grounding.

Meanwhile, the vessel remains anchored in the Bitter Lakes area where it is undergoing technical inspection.

Aside from the ship’s seaworthiness, Egyptian inspectors have also boarded the vessel to talk to its captain and the crew to determine the potential causes of the grounding, Reuters said. The investigation is looking into the potential role of a human error in the incident.

According to Rabie, Ever Given will remain in the lakes area until the investigations are complete, without specifying when could that be.

The Panama Maritime Authority, the ship’s flag country, has also launched an investigation into the accident.

As informed, Panama is examining preliminary reports that Ever Given suffered mechanical problems that affected its maneuverability.

However, the owner of the vessel insists that there had been no blackout resulting in loss of power prior to the ship’s grounding.

Instead, gusting winds of 30 knots and poor visibility due to a dust storm have been identified as the likely causes of the grounding.

The ship had two pilots on board during the transit.

The incident has not resulted in any marine pollution or injuries to the crew, only some structural damage to the ship, which is yet to be determined.

The canal authority said that transit through the waterway was returning back to normal, with arrangements in place to clear the backlog of waiting vessels.

In the meantime, European container ports including Rotterdam, Hamburg, Antwerp, and Gothenburg are readying for a surge in container traffic resulting from the blockade.