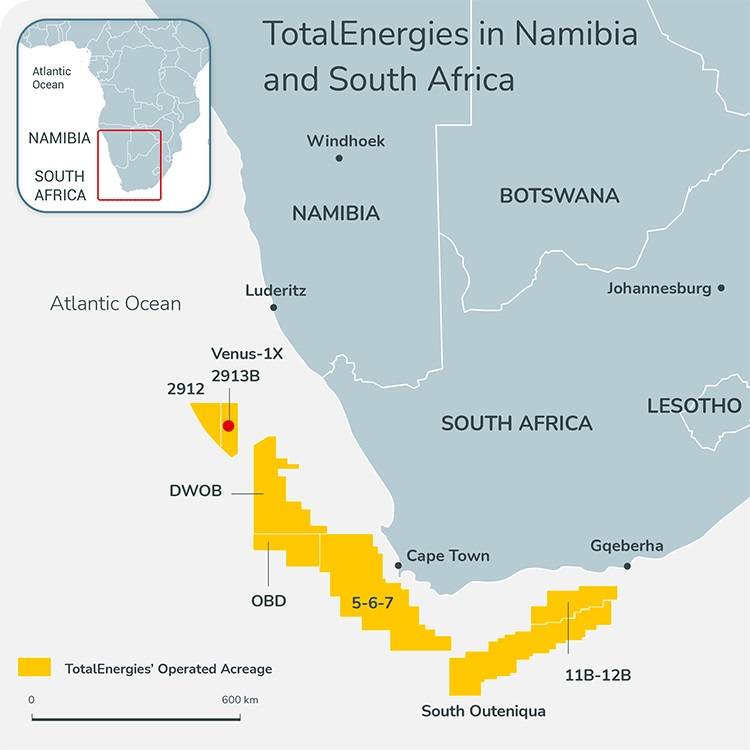 Impact Oil & Gas is considering selling its 20% stake in a large block in deep water off the coast of Namibia where TotalEnergies made a significant oil discovery this year, four industry sources told Reuters.

Impact, which is privately owned and focused on exploration in Africa, has hired investment bank Jefferies to prepare a sale process for its stake in Block 2913B, which is estimated to be worth $500 million to $1 billion, the sources said.

TotalEnergies, which operates the field, said in February it made the discovery in the Venus-1X well, the second offshore find this year in the southern African country which hopes to become the continent’s newest oil producer.

Impact Oil & Gas, whose investors include Toronto-listed Africa Oil and South Africa-based Hosken Consolidated Investments, said it did not comment on media speculation.

“We are currently looking forward to participating in the Venus appraisal program later this year,” a company spokesperson said in a statement.

The discovery comes at a crucial moment for global energy markets as oil and gas prices rocketed after Russia’s invasion of Ukraine on Feb. 24, leading many Western governments to ban Russian oil imports.

TotalEnergies Chief Executive Patrick Pouyanne said last month that the company had moved forward the field’s appraisal drilling schedule to August after which the partners will have a better idea of its size, development potential and costs.

Impact is currently in talks with investors to raise up to $100 million to fund the appraisal, the sources said.

But at the same time, the company is preparing to launch the sale process for its stake and has already held early discussions with several potential buyers, the sources said.

TotalEnergies holds a 40% working interest in Block 2913B alongside QatarEnergy with 30%, Impact Oil & Gas on 20% and Namibian state-owned oil company NAMCOR with 10%.