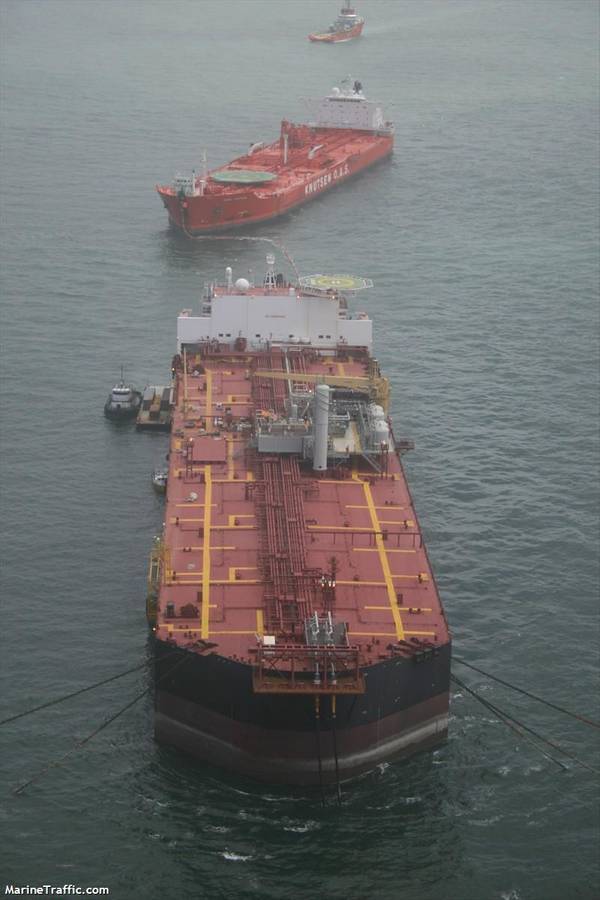 The Nabarima, part of PDVSA’s Petrosucre joint venture with Italy’s Eni SpA in the Paria Gulf off Venezuela’s eastern coast, is laden with 1.3 million barrels of crude.

Images last week showed it tilting on its side, raising worries about a possible oil spill. Reuters reported, citing a source, that the idled vessel was leaning to one side in order to facilitate repairs.

Fishermen and Friends of the Sea (FFOS), an environmental group from neighboring Trinidad and Tobago that warned of a potential spill last week, said on Monday it had received images showing that the tilt had since been corrected and the vessel was floating upright.

PDVSA, which holds a 74% stake in the venture, did not immediately respond to a request for comment. Eni, which holds the remaining 26%, declined to comment.

It was not immediately clear how the STS transfer would take place. At least two tugboats – which are frequently used to facilitate STS operations – were near the Nabarima on Monday, according to Refinitiv Eikon tracking data.

The data also showed a tanker managed by PDVSA maritime subsidiary PDV Marina, the Aframax Icaro, was on its way to Guiria, in the Paria Gulf. One of the sources said the Icaro would be involved in the operation, possibly along with another tanker.

See below a testimony by Gary Aboud, of Trinidad and Tobago’s Fishermen and Friends of the Sea on the Nabarima situation, as well as the footage of the listing Nabarima.