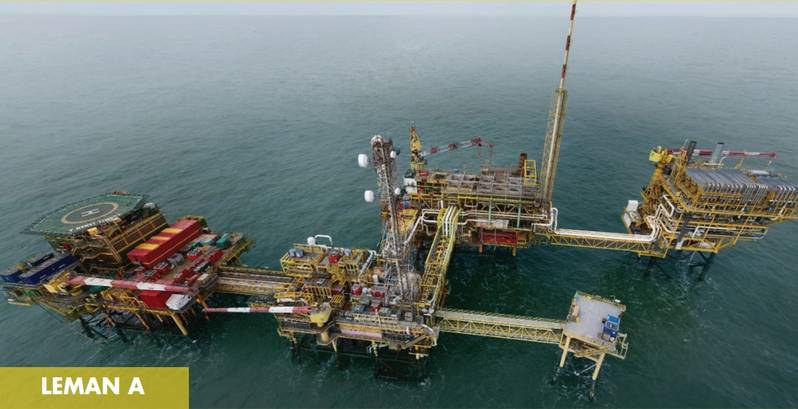 Shell is preparing to launch the sale of its stakes in two clusters of gas fields in the southern British North Sea, part of an ongoing retreat of long-time producers from the aging basin, industry sources told Reuters.

Shell is planning to offer its 50% stake in a cluster of fields in the Clipper hub, as well as the Leman Alpha complex, the three sources said, adding that the assets could fetch up to $1 billion in total.

A Shell spokesperson declined to comment on its plans for the fields, which both supply natural gas via a pipeline to the onshore Bacton gas processing plant in eastern England.

Shell has in recent years sold a number of stakes in aging fields in the North Sea, including a $3.8 billion package of assets to Harbour Energy in 2017.

North Sea production has been in decline since the late 1990s, leading oil majors to reduce their role there to focus on more prolific and profitable business elsewhere.

The global transition to low-carbon and renewable energy sources has increased the focus of top international oil companies on projects that can produce the most oil and gas with the lowest emissions intensity, such as large offshore fields.

Shell is developing new projects in the North Sea, including the Penguins project north of the Shetland Islands as well as plans to build offshore wind farms.

Its also plans to develop a new gas field, Jackdaw, in the Shearwater hub were dealt a blow last year when the British regulator rejected development plans on environmental grounds.

Shell and the regulator have since revived talks on the gas field as Britain grapples with soaring power prices.

Chief Executive Ben van Beurden said earlier this month that Shell wants to sell an average of $4 billion worth of assets per year.

With oil price near a 7-year high above $90 a barrel, van Beurden told analysts that it made sense to “think harder if this is the moment to harvest the late-life assets that are probably better off in the hands of others”.

Shell owns a 50% stake in the Clipper and Leman Alpha fields which were part of a large joint venture with Exxon Mobil XOM.N dating back to the 1960s. Exxon sold its British North Sea assets last year to private equity-backed Neo.

The Clipper hub is located approximately 41 miles (66 kilometers) from the Norfolk coast and can transport up to 400 million standard cubic feet of gas a day, Shell says.

The Leman Alpha complex includes 5 platforms located around 43 miles (69 kilometers) off the coast.