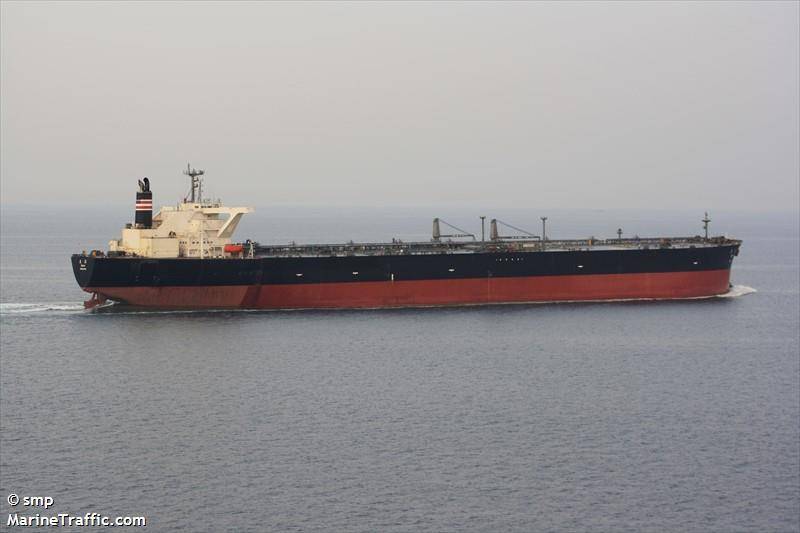 Venezuela has resumed direct shipments of oil to China after U.S. sanctions sent the trade underground for more than a year, according to Refinitiv Eikon vessel-tracking data and internal documents from state company Petroleos de Venezuela (PDVSA).

Chinese state companies China National Petroleum Corp (CNPC) and PetroChina – long among PDVSA’s top customers – stopped loading crude and fuel at Venezuelan ports in August 2019 after Washington extended its sanctions on PDVSA to include any companies trading with the Venezuelan state firm.

The imposition of the sanctions was part of a push by the Trump administration to oust Venezuelan President Nicolas Maduro, but they failed to completely halt the South American nation’s oil exports or to loosen Maduro’s grip on power.

PDVSA’s customers instead boosted shipments to Malaysia, where transfers of cargoes between vessels at sea have allowed most of Venezuela’s crude to continue flowing to China after changing hands and using trade intermediaries.

PDVSA, CNPC, PetroChina, and Venezuela’s oil ministry did not reply to requests for comment.

A U.S. Treasury Department spokesperson said on Wednesday that “those engaged in activity in the Venezuelan oil sector risk exposure to sanctions.”

The first tanker to resume transport of Venezuelan crude directly to China was the Kyoto, identified by shipping monitoring service TankerTrackers.com while loading 1.8 million barrels of heavy crude at Venezuela’s Jose port in late August.

At least one other tanker, the Warrior King, is discharging Venezuelan crude at China’s Bayuquan port, while two PetroChina-owned vessels loaded oil in Venezuela this month, according to PDVSA’s loading schedules and shipping documents, and Refinitiv Eikon data.

The Kyoto, chartered by a company called Wanneng Munay according to an internal PDVSA document, discharged at China’s Dalian oil terminal in early November after covering a large portion of its route to Asia in a so-called “dark voyage,” with its location transponder offline, Refinitiv Eikon data showed.

Wanneng Munay is among a group of more than a dozen Russian-registered companies with no known prior oil trading experience that have emerged as PDVSA customers in recent months.

The emergence of these firms has allowed PDVSA to continue shipping oil to Asian destinations in recent months despite withdrawals by established customers like India’s Reliance Industries and Thailand’s Tipco after the U.S. Treasury ended their exemptions to sanctions.

Wanneng Munay could not be reached for comment. The company that registered its webpage, Moscow-based OGX Trading, told Reuters last month the firm had not been able to start trade activities as planned due to the coronavirus.

Monte Nero Management SA, operator of the Kyoto, did not immediately respond to a request for comment.

The direct shipments come ahead of January’s transition of power in the United States from Republican President Donald Trump to Democratic President-elect Joe Biden, whose advisers have said he would retain sanctions but shift the focus of U.S. strategy.

The resumption of direct imports by China comes after Washington earlier this year took action against units of Russia’s Rosneft and later went after shipping firms that continued to do business with PDVSA following trade sanctions first imposed in early 2019.

Since its units were hit by sanctions, Rosneft has halted business with PDVSA, the company has said, but the sanctions on its subsidiaries have not been lifted.

The U.S. State Department had no comment about the resumption of direct oil trade between Venezuela and China.

On Thursday, the Togo-flagged tanker Warrior King, which was owned by Venezuela until September, was docked at China’s Bayuquan oil terminal after transporting some 600,000 barrels of Merey 16 heavy crude loaded in September, according to one of the PDVSA documents and Refinitiv Eikon data.

PDVSA did not list a customer for the cargo and Panama-based Umbridges Trade SA, owner of the tanker, could not be reached for comment.

One of the vessels, the Xingye, departed from Venezuela on Thursday signaling Singapore as its destination, Eikon data showed. The other, the Thousand Sunny, has not yet set sail. Both tankers were owned by a PDVSA-PetroChina joint venture until earlier this year when PetroChina assumed full ownership.

The buyer behind the two cargoes is a firm called Cirrostrati Technology Co LTD, according to the PDVSA documents. Reuters could not reach the company for comment or determine where it was based.

Maduro’s Socialist government held a meeting with a delegation of Chinese officials and businessmen this month to tout a new law to promote investment despite what Caracas has called a “blockade” by Washington. The law allows the government to sign new oil deals confidentially.

Maduro said during the meeting he would send a letter to China’s President Xi Jinping encouraging more robust commercial relations between the two countries.

“We have to move forward with investments, with wealth creation, with new partnerships. The anti-blockade law allows all that. Let’s do it in this new phase,” Maduro said.