Retrofit: Eidesvik, Aker BP Partner Up to Cut Emissions from Existing OSV Fleet by ‘at least’ 70%

The project called “Retrofit’ will evaluate various solutions for converting existing supply vessels to low-emission units and with the goal of reducing emissions by “at least 70 percent.”

One of the three vessels is Eidesvik’s platform supply vessel (PSV) ‘Viking Lady’. Eidesvik is also set to invest in a corresponding battery upgrade on its PSV ‘Viking Prince’, which is also currently working for Aker BP. When the “Viking Prince” upgrade is completed in 2022, 11 of Eidesvik’s 12 vessels in operation will be equipped with hybrid battery technology.

As for the ‘Retrofit’ project Jan Fredrik Meling, CEO of Eidesvik Offshore said:”Newbuildings are often presented as the only solution to making the shipping industry greener and more sustainable. However, at Eidesvik we’re equally focused on the great potential for significantly reducing emissions from the existing fleet.

“From a climate and sustainability perspective, recycling old ships and building new ones requires a lot of energy that could otherwise be saved, not to mention the huge investment needed for newbuildings. As a shipowner we believe we can achieve increasingly large emissions reductions as well as save capex by prolonging the lifetime of existing vessels with new green technologies.

Eidesvik said that Retrofit’s mission is to capture emission reductions of 70 percent or more on selected vessels, making them as climate and environmentally friendly as Eidesvik’s ‘Viking Energy’, which will be equipped with an ammonia fuel cell in 2024 as part of the European ShipFC project. 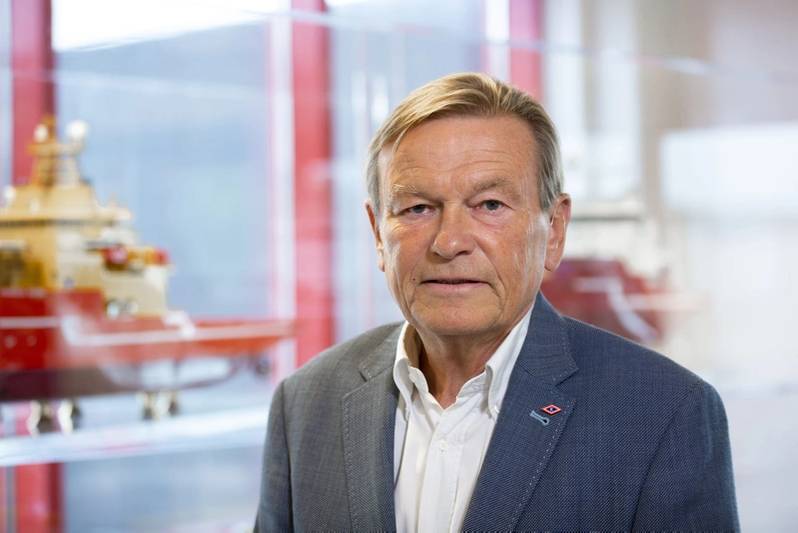 The Aker BP-owned supply vessels ‘NS Orla’ and ‘NS Frayja’, which are managed by Eidesvik, are potential candidates for the ‘green’ upgrades, in addition to others owned by Eidesvik.

“We are now working to map available new technologies from a cost-benefit perspective. This is a big task, with several alternatives already on the table. During the next 12 months we hope to have a good basis in place to make decisions on what low-emission solutions we take forward,” says Meling.
Eidesvik’s green transition track record goes back to 2003 when it was the first offshore vessel owner to introduce the use of LNG, followed by fuel cells and batteries.

“Having Aker BP on board in the Retrofit project is a big vote of confidence in what we’ve been doing. For me it is a clear indication that they view us as a competent and innovative partner within low-emission technologies in this vessel segment,” Meling adds.