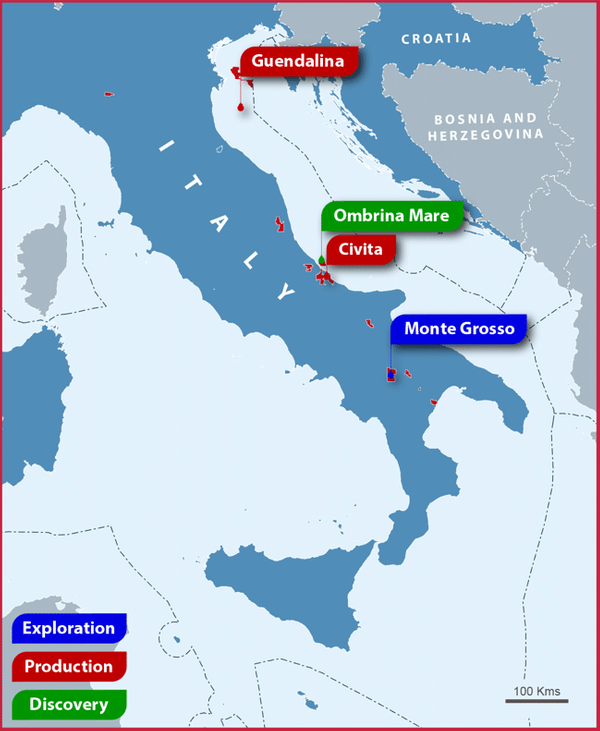 Oil and gas company Rockhopper Exploration said Friday that it had received notice that a final decision in its arbitration against Italy over the Ombrina Mare Field in the Adriatic Sea could come in July.

The oil company started arbitration in March 2017 after Italy in 2016 imposed restrictions on offshore oil and gas operations in its waters within 12 miles of the coast of Italy, and after the country’s Ministry of Economic Development of Italy informed Rockhopper Exploration that the production concession covering its Ombrina Mare field area would not be awarded, despite the Ombrina Mare project having completed all the required technical and environmental authorizations.

Ombrina Mare is an appraisal/development project situated in the shallow waters of the central Adriatic off the coast of Abruzzo, Italy.

According to Rockhopper Exploration, the Tribunal on Friday said it expected to be in a position to render its award in the course of July, and that it would revert to the parties involved towards the end of June to confirm the July timeframe.

“Rockhopper continues to believe it has strong prospects of recovering very significant monetary damages – on the basis of lost profits – as a result of the Republic of Italy’s breaches of the Energy Charter Treaty. All costs associated with the arbitration are funded on a non-recourse (“no win – no fee”) basis from a specialist arbitration funder. A further update will be provided in due course,” Rockhopper said.