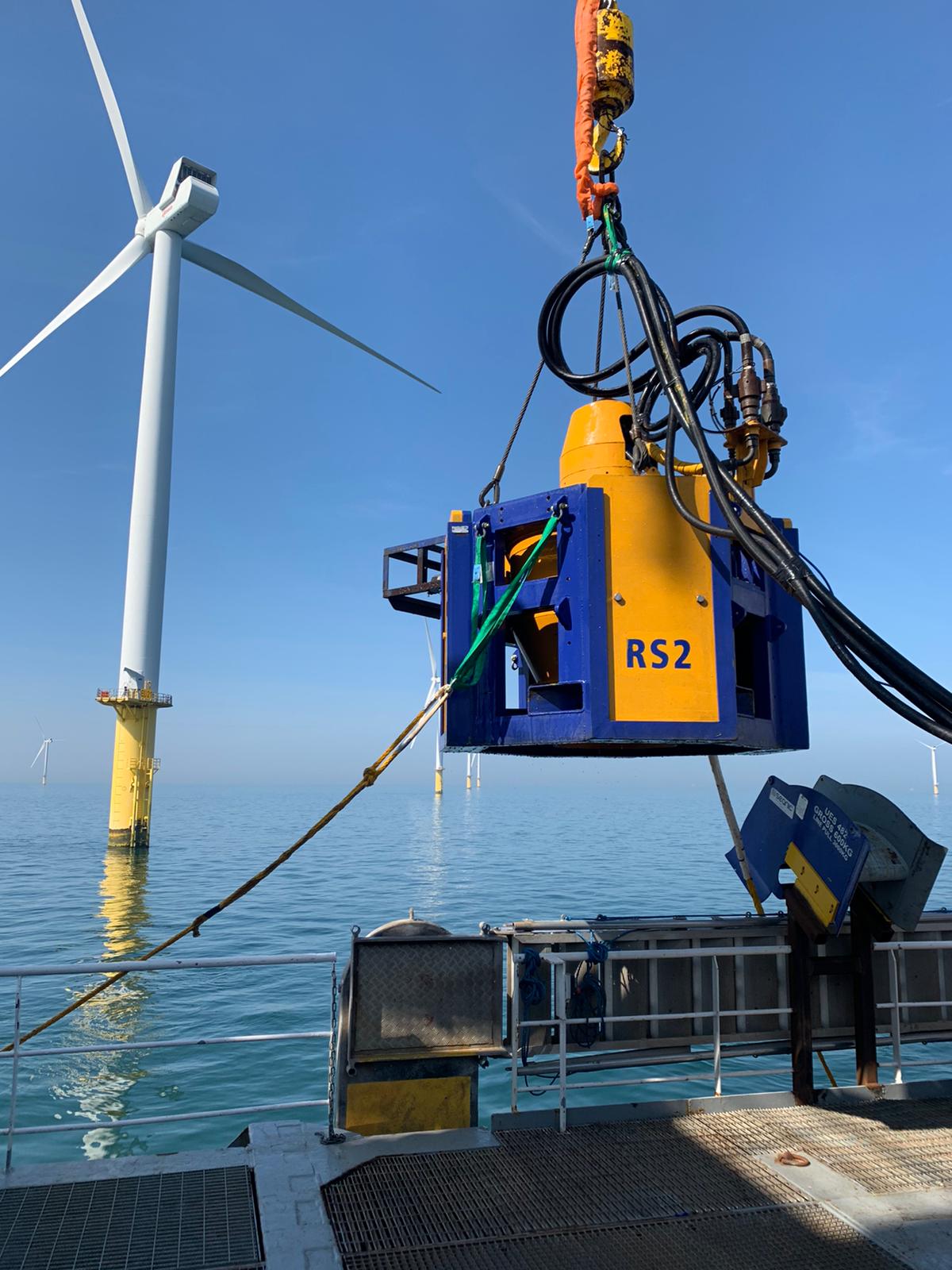 Aberdeen-based Rotech Subsea has completed a program of cable inspection, repair and maintenance (IRM) works at a key offshore wind farm in the Netherlands.

As part of the cable repair operations, RS2 de-buried approximately 800 metres of existing cable before carrying out the burial of the new cable, completing the task in September 2021.

In the de-burial phase, RS2 was deployed from the research/survey vessel Sentinel using the ship’s crane. Operating in water depths of 25 metres the cable was de-buried from 1.64 – 2.2 metres below the seabed.

The cable burial saw the RS2 mobilised on the cable-laying vessel Elektron, deployed from the ship’s crane. Dyneema Rope tuggers were used for stability during operations. The RS2 tool operated at 3 – 4 metres above seabed with the cable lowered to client specification of 1.5 – 2 metres below seabed level.

Rotech Subsea’s director of subsea, Stephen Cochrane, unveiled the company’s plans to introduce more innovations to the market in early 2022. Cochrane said that the project was completed on schedule and on budget, confirming Rotech Subsea’s RS CFE suite of tools as the method of choice for cable trenching in the European offshore wind sector.