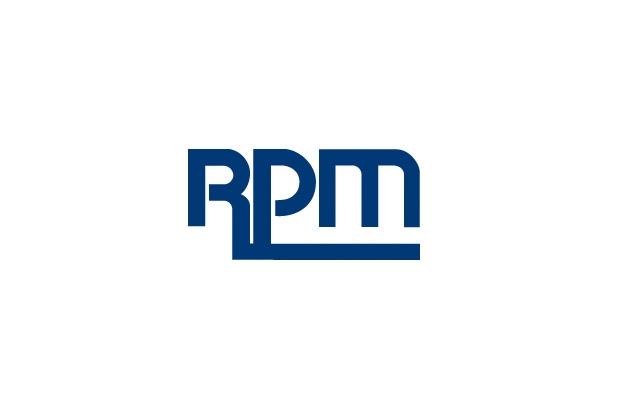 Fiscal 2021 first-quarter net sales increased 9.1 percent to a record $1.61 billion compared to the $1.47 billion reported a year ago.

The first quarter included restructuring-related and other expenses of $18.9 million during fiscal 2021 and $26.8 million in fiscal 2020.

Excluding these charges, RPM’s adjusted EBIT was up 39.8 percent to $269.2 million compared to $192.6 million during the year-ago period.

The company has excluded the impact of all gains and losses from marketable securities from adjusted EPS, as their inherent volatility is outside of management’s control and cannot be predicted with any level of certainty.

Excluding the restructuring and other charges, as well as investment gains, adjusted diluted EPS increased 51.6 percent to $1.44 compared to $0.95 in the fiscal 2020 first quarter.

“Our strategically balanced business model, the resiliency of our operating companies and our MAP to Growth operating improvement program have enabled RPM to pull through the depths of the economic slowdown created by the COVID-19 pandemic, and we are now pivoting the business towards resumed growth,” RPM Chairman and CEO Frank C. Sullivan said. “During our fiscal 2021 first quarter, select segments of the global economy began to gain momentum as stay-at-home orders were relaxed, which freed pent-up demand from last year’s fourth quarter. This helped drive our record top-line results, which grew 9.1 percent over the prior-year period. This was in sharp contrast to the COVID-19-related sales decline we reported for the fiscal 2020 fourth quarter.

“Our two largest segments, the Construction Products Group and the Consumer Group posted positive growth in the first quarter, while the other two segments declined. Overall, RPM’s results benefitted from the positive impact of our MAP to Growth operating improvement program and our balanced business model, where strength in one segment offsets weakness in another.

“In addition, much credit for our strong performance is due to our management philosophy, which keeps customer-centric decision making at the operating level and enables our companies to be very nimble in adapting to disruptions, such as those caused by the pandemic.

“We continue to benefit from the successful implementation of our MAP to Growth operating improvement plan, which enabled us to leverage the first-quarter sales growth into even stronger bottom-line results,” he said.

Foreign currency translation reduced sales by 1.4 percent. Segment IBT was $98.3 million compared with IBT of $82.7 million a year ago.

Excluding these charges, fiscal 2021 adjusted EBIT increased 17.7 percent to $102.3 million from adjusted EBIT of $86.9 million reported during the year-ago period.

“Points of strength in the Construction Products Group were sales by our commercial sealants and roofing businesses in North America due to continued success in our restoration and building envelope systems initiatives,” Sullivan said. “First-quarter sales also benefited from easier comparisons to last year, which was hampered by poor weather, as well as a boost from orders that were deferred during the fiscal 2020 fourth quarter. MAP to Growth initiatives, price increases and strong cost management enabled the segment’s bottom line to vastly outpace its modest sales growth.”

Performance Coatings Group net sales were $259.8 million during the fiscal 2021 first quarter, a 12.6 percent decrease as compared to sales of $297.2 million reported a year ago.

Foreign currency translation reduced sales by 0.7 percent. Segment IBT was $28.5 million compared with IBT of $28.1 million reported a year ago.

“The Performance Coatings Group’s sales continued to be impacted by COVID-19 restrictions that limited outside contractors’ access to facilities and construction sites, as well as poor energy market conditions that resulted in deferred industrial maintenance spending,” Sullivan said. “In response, the segment has managed its decremental margins well by reducing its breakeven point and aggressively cutting fixed costs. Adjusted EBIT margins would have actually improved during the quarter had it not been for the impact of transactional foreign exchange expense. Savings from MAP to Growth operational improvements benefitted the segment’s earnings.”

Organic sales increased 34 percent, while sales were reduced by 0.2 percent from foreign currency translation. Consumer Group IBT was $132.7 million compared with IBT of $59.2 million in the prior-year period.

“Top- and bottom-line results were up significantly for the businesses in our Consumer Group due to spiking DIY demand as consumers spent more time in their homes completing improvement projects during the pandemic,” Sullivan said. “Our Consumer Group was a large beneficiary of this trend due to our market leadership position in small project paints, caulks, sealants and other related products.

“We are working around the clock and are also making significant investments in plants, equipment and operational disciplines to expand our capacity and meet unprecedented demand. The segment also benefited from an easier comparison to the prior year’s first quarter when its product sales were tempered by extremely wet weather.

“The segment’s bottom line increased as a result of volume leveraging, MAP to Growth savings, favorable product mix and moderation in some raw material categories. However, future cost pressure is anticipated due to recent inflation in certain raw materials and packaging, as well as additional overhead expenses resulting from ongoing investments in capacity.

“We anticipate that we will see elevated demand over the next few quarters as housing turnover improves and more DIYers gain successful experience with new home improvement projects,” said Sullivan.

Adjusted EBIT, which excludes restructuring-related expenses, was $24.1 million in the fiscal 2021 first quarter, a decrease of 15.9 percent as compared to adjusted EBIT of $28.6 million in fiscal 2020.

“First-quarter sales in the Specialty Products Group rebounded and were nearly flat compared to last year’s first quarter due to more favorable market conditions that drove demand for some of its products, including marine coatings, wood coatings and protectants, and nail enamels,” Sullivan said. “The bottom line was impacted by unfavorable product mix, operating disruptions associated with COVID-19 and deleveraging on lower volumes, which were partially offset by savings from the MAP to Growth operating improvement program.”

During the fiscal 2021 first quarter, cash generated from operations was a record $318.1 million compared to $145.1 million a year ago.

“Margin improvement activities and good working capital management helped to drive our cash flow to record levels and drive debt down by nearly $200 million from the end of last year. Additionally, our liquidity is $1.5 billion, which will help us weather the current macro-economic challenges and pivot RPM back to investing for accelerated growth, as demonstrated by our acquisition of Ali Industries last month,” said Sullivan.

“As we look ahead to the second quarter of fiscal 2021, we expect to generate consolidated sales growth in the low- to mid-single digits with strong leverage to the bottom line for more than 20 percent adjusted EBIT growth, which are rates that are more in line with recent quarters before the outbreak of COVID-19. Our MAP to Growth program continues to have excellent momentum, and the Ali acquisition, excluding acquisition-related costs, will contribute towards our second-quarter results,” Sullivan said.

“For the full year of fiscal 2021, our guidance is relatively unchanged from the direction we provided in our fiscal 2020 fourth-quarter earnings release. We anticipate that our Construction Products Group and Performance Coatings Group could experience sales declines for the next two quarters and then turn positive in the fourth quarter. Our Consumer Group should continue its strong sales momentum throughout the fiscal year. The Specialty Products Group is likely to face flat sales comparisons during the second quarter, which should turn positive in the second half of the year,” said Sullivan.

“These estimates assume that we do not experience a surge in Covid-19 that results in the second round of stay-at-home orders. Due to continued economic uncertainty related to the impacts of Covid-19 and the upcoming U.S. elections, we are not providing fiscal 2021 full-year earnings guidance,” Sullivan added.

“The momentum behind our MAP to Growth program continues to accelerate as it drives efficiency and operational excellence throughout the business. We are on track to achieve the program’s targeted run rate of $290 million in annualized savings by the conclusion of our current fiscal year, which ends May 31, 2021. The projected benefits from our center-led procurement initiatives are ahead of plan, and our administrative improvements and ERP consolidations will continue into fiscal 2022,” Sullivan continued.