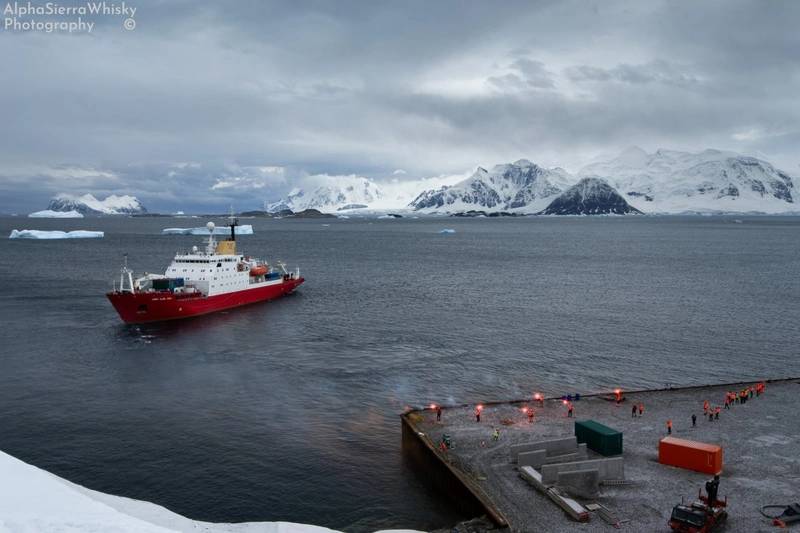 It’s the end of an era for the U.K.’s RRS James Clark Ross, which made its final call to Rothera Research Station in Antarctic on February 19 after 30 years of service. British Antarctic Survey (BAS) said the polar research vessel will be sold at the end of the 2020/2021 Antarctic season and replaced by the newly built RRS Sir David Attenborough.

Rothera was the RRS James Clark Ross’s final call of the ship’s five-and-a-half-month mission to deliver scientific and operational staff to Antarctica, and to resupply the U.K. stations in Antarctica for another year. Later this month the ship will make one final stop to her home port of the Falkland Islands to refuel before making the six-week journey back to the U.K.

RRS James Clark Ross, named after the 19th Century British Royal Navy officer and polar explorer, was built by Swan Hunter Shipbuilders in Wallsend, U.K., and launched in 1990. For the past three decades the 99 meter, 5,372 GT ship has been a floating platform for biological, oceanographic and geophysical research. She contains some of Britain’s most advanced facilities for oceanographic research in both Antarctica and the Arctic.

The vessel’s replacement, RRS Sir David Attenborough—known to some as Boaty McBoatface, the tope vote getter in an online poll to name the vessel in 2016—was built by Cammell Laird in Birkenhead, U.K. and recently completed two weeks of sea trials.