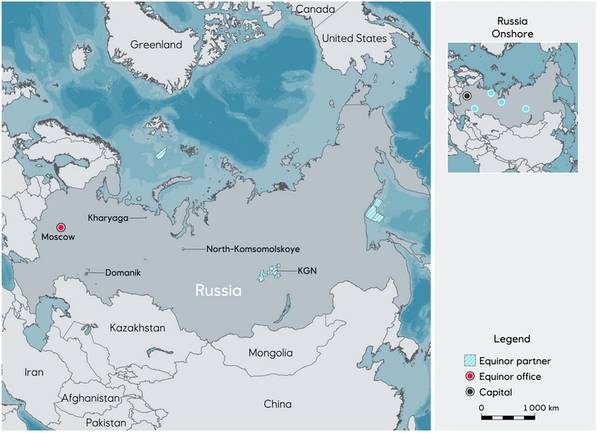 Norwegian oil and gas firm Equinor has increased its presence in the Russian onshore oil and gas assets, and has pulled out from offshore commitments in the Sea of Okhotsk on the Russian Far East.

In an agreement with the Russian oil company Rosneft, Equinor has acquired a 49% interest in the limited liability company LLC KrasGeoNaC (KGN) which holds twelve conventional onshore exploration and production licenses in Eastern Siberia.

The payment at the completion of the transaction is around USD 550 million, which includes a cash consideration of USD 325 million at the effective date of 1 January 2019, and customary adjustments.

As part of the agreement, Equinor said it had “redirected” its remaining exploration commitments offshore in the Sea of Okhotsk and as such had no outstanding obligations in that area.

Offshore Engineer reached out to Equinor, seeking more info on the “redirected” offshore exploration commitments, and on the status of the Sea of Okhotsk acreage.