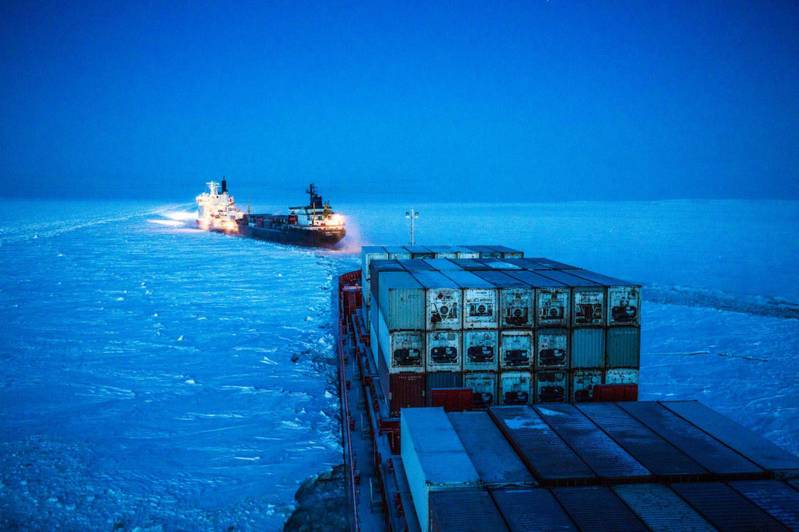 Metals miner Nornickel said it will participate in the design and building of Russia’s first dual-fuel liquefied natural gas (LNG) and diesel icebreaker to prepare for more capacity in the environmentally sensitive Arctic region.

Russia, which has a fleet of nuclear-powered icebreakers, has long considered LNG-powered icebreaking ships to develop the Northeast Sea Route into an international shipping lane from Arctic waters.

Nornickel, the world’s largest palladium and nickel producer, said on Friday it will team up with Rosatom, the state operator of the route, and the shipbuilding arm of Russian oil giant Rosneft for the project.

They plan to design and build the new icebreaker to escort ships carrying Nornickel’s cargo to and from its Arctic assets. Icebreakers are currently needed to clear a channel from November to June to allow ships to pass.

Russian state nuclear energy firm Rosatom said in July that it was again looking into the possibility of building LNG-powered icebreakers but was yet to disclose any partners.

Rosatom’s previous plan, signed as an agreement of understanding in 2018, included gas producer Novatek, which has several LNG projects in the Arctic.

“The turnover of the Arctic ports of Dudinka and Murmansk is growing,” Nornickel said in a statement.

The LNG icebreaker will replace its older vessel, which is due to be decommissioned in 2027–2029. The company will be investing heavily in higher production and improved environmental performance in 2022-2025.

Nornickel, which is producing gas for its own needs, is also making a bet on LNG-powered technology as it sees the fuel as less harmful to the environment than diesel, which has a higher CO2 footprint and is difficult to store.

Nornickel paid $2 billion for environmental damage caused by the leakage of 21,000 tonnes of diesel into rivers and subsoil from a storage tank at its power plant in 2020.

The spill was Russia’s worst environmental disaster in the Arctic this century.

There is no estimate of the cost of the icebreaker project as of yet, Nornickel said, adding that a draft contract for construction would be ready by mid-2022.