Renewables giant RWE has taken the Financial Investment Decision on its 1.4 gigawatt (GW) Sofia offshore wind farm in the UK, its largest offshore wind project to date. The project will feature the largest ever offshore wind turbines.

“The company is now poised to forge ahead with the construction of Sofia, with onshore enabling works due to start this Spring and offshore construction in 2023,” RWE said.

Final project completion is expected by the fourth quarter of 2026. RWE was awarded a Contract for Difference (CfD) for Sofia in 2019, achieving a strike price of £39.65 per megawatt-hour (in 2012 prices).

Tom Glover, Chief Commercial Officer RWE Renewables and RWE UK Country Chair said: “Through this decision, we strengthen our commitment to growing and investing in renewable energy in the UK, and to playing a significant part in helping deliver the UK’s ambition to grow offshore wind capacity to 40 gigawatts by 2030.

“Today’s milestone and the achievements to come represent successful collaboration with the local, regional and national supply chain, and the local communities with whom we are committed to continuing to work. Through our investment, Sofia presents a great opportunity for RWE to unlock long-term local jobs, and business benefits, while delivering new renewable energy for over a 1.2million UK homes every year.”

The consented project is located on Dogger Bank, 195 km from the nearest point on the UK’s North East coast. The project will have a single offshore converter platform, with the electricity generated transported via a high voltage direct current export cable to landfall 220 kilometers away in Redcar, Teesside. 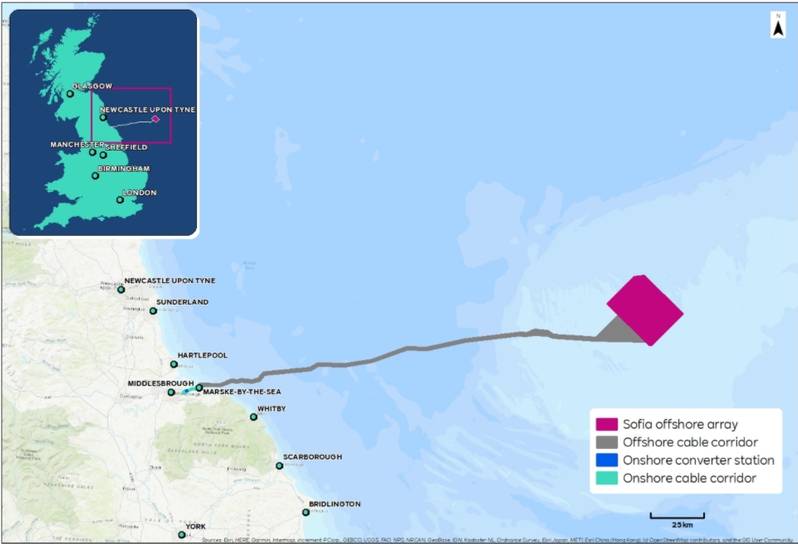 “Preferred Supplier Agreements are already in place for all of Sofia’s key suppliers and RWE will now proceed to finalize contracts with them in the coming weeks,” RWE said.

Dutch-based marine contractor Van Oord is the preferred supplier for monopile foundations as well as array cables and plans to establish a logistics hub in the UK’s North East to deliver the work. Prysmian Group is due to provide a high voltage submarine and land export cable connection, including use of its brand-new cable installation vessel Leonardo da Vinci – one of the most advanced of its kind in the world. 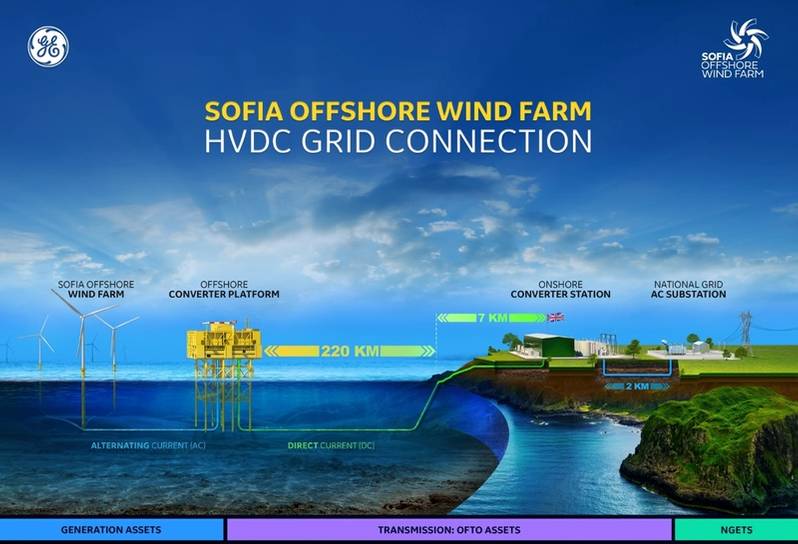