Renewable energy company RWE has selected Port of Thorsminde from which to carry out the operation and maintenance of its Thor offshore wind farm.

With a planned capacity of 1,000 megawatts (MW) Thor will be Denmark’s largest offshore wind farm to date. The wind farm will be built off the Danish west coast – approximately 22 kilometers from the port of Thorsminde. RWE in late 2021 won the rights to build Thor via a lottery system

According to RWE, Port of Thorsminde offers both the shortest sea and fastest air routes to the Thor offshore wind farm. Once fully operational, which is planned to be no later than 2027, Thor will be capable of producing enough electricity to supply the equivalent of more than one million Danish households.

“With the planned operations and maintenance base in Thorsminde, RWE intends to contribute to the local economy and community by creating up to 60 permanent jobs in the long-run. This includes technicians, engineers, nautical personnel as well as crew for the service vessels. It is expected that the new service station will be fully operational from 2026 onwards,” RWE said.

RWE said it planned to support the Thor wind farm for at least 30 years from this port. Also, RWE said it wanted to use part of the port during the construction of the wind farm.

It is expected that the project’s first survey works will be carried out from the port, smaller components will be shipped out and construction crews will be transported to their offshore workplace. As a result, RWE plans to establish its base at Thorsminde by the spring of 2023. 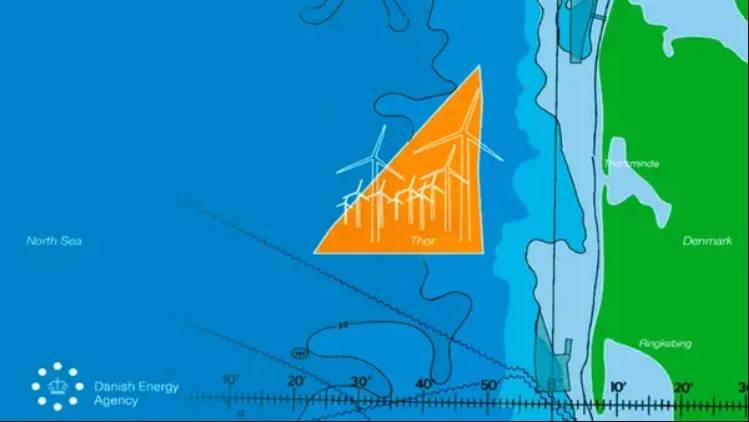