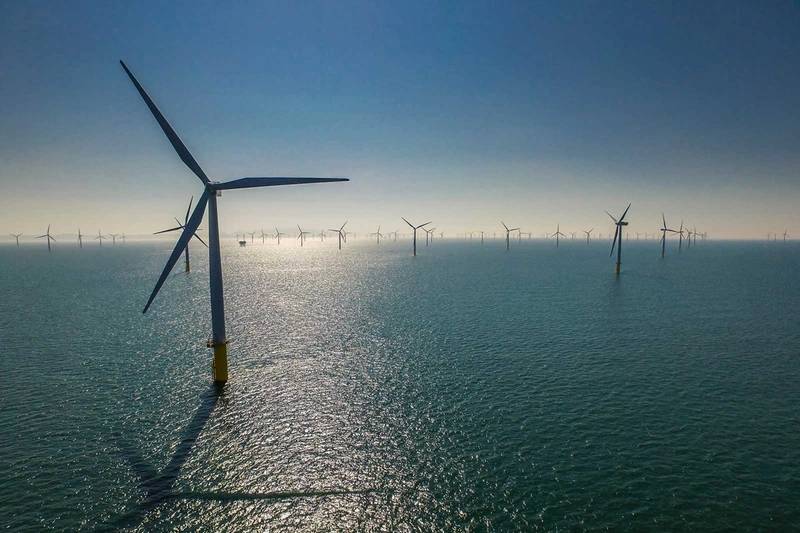 Renewables giant RWE has, together with its partners, signed agreements in the UK to expand the existing offshore wind farms Gwynt y Môr, Galloper, Greater Gabbard, and Rampion.

The granted seabed leases comprise extension projects with a combined potential installed capacity of around 1.8 Gigawatts (GW), with RWE’s pro-rata share amounting to almost 900 megawatts (MW). Furthermore, it was decided to seek to develop the remaining seabed option at the original Zone 6 of the existing Rampion project and combine this with the extension project at this wind farm, RWE said.

To remind, Norwegian company Equinor last month also signed similar agreements for lease extensions for two offshore wind farms in the UK, the Sheringham Shoal and the Dudgeon, securing an area of seabed of approximately 196 km2 in total to further develop existing wind farm areas, with the aim to double the area’s electricity generation capacity.

Commenting on the lease extensions on Monday, Sven Utermöhlen, Chief Operating Officer Wind Offshore Global of RWE Renewables: “As we want to further expand our offshore wind business, I am absolutely delighted to announce that we have prepared the ground for further growth.

“Together with our project partners, we have secured the Agreements for Lease with The Crown Estate for the development of four offshore wind farm extension projects in the UK. Furthermore, we decided to develop the remaining seabed leases at our Rampion project site. With a combined RWE pro-rata share amounting potentially to around 1.3 gigawatts, this brings a massive boost to our project pipeline and strengthens RWE’s position as being the second biggest player in offshore wind globally.

Fully operational by the end of the decade

“All projects are in very early stages. The necessary development and consenting activities will now progress in accordance with current UK Government guidelines which will include a comprehensive stakeholder consultation and determining each project’s exact installed capacity. The consenting processes are expected to take three to five years with participation in auctions for a Contract for Difference (CfD) and construction following thereafter. The wind farms could become fully operational towards the end of the decade,” RWE said.

Tom Glover, RWE Renewables Chief Commercial Officer and RWE UK Country Chair, said: “I expect the four offshore wind extension projects to bring significant benefits to the UK energy infrastructure and economy. They present a potential multi-billion pound investment and could grow the local supply chain as well as lead to the creation of hundreds of jobs.”

RWE will take the lead on behalf of partners for the development of the Awel y Môr and Five Estuaries offshore wind farms. RWE and SSE Renewables have formed a 50:50 joint venture company to develop the North Falls offshore wind farm together. Rampion 2 is a joint venture between RWE, a Macquarie-led consortium and Enbridge. RWE will manage the project.