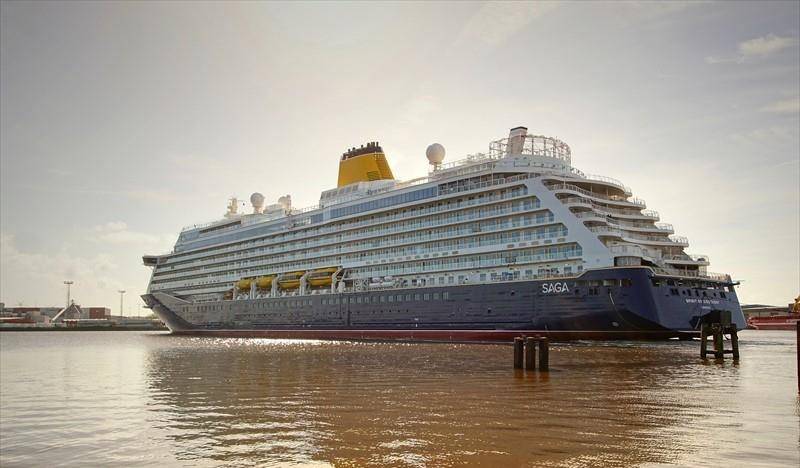 The British company, hit hard last year by a shutdown of cruises globally and collapse of other travel, said it was ready to resume its tour and cruise businesses this year after suspending them in March 2020, with timing subject to government restrictions.

Saga plans to launch its Spirit of Discovery cruise at the end of June, with the route planned around the Scottish Highlands and Shetland Islands.

“We expect strong demand for ocean cruise ex-UK as a sub-set of the booming staycations market,” Peel Hunt analysts wrote in a note.

The company’s total cruise bookings stood at 154 million pounds for the current and next fiscal year combined, versus the 128 million pounds at the same point last year.

In Britain, international travel faces a potentially longer recovery period despite a swift COVID-19 vaccination rollout, with Prime Minister Boris Johnson saying it was too soon to say whether summer holidays abroad can go ahead this year.

Saga made a profit of 17.1 million pounds on an underlying basis for the 12 months ended Jan. 31, with its insurance business bringing in earnings of 134.6 million pounds during the year. Its travel segment lost 78.5 million pounds.

The total earnings compared with a profit of 109.9 million pounds reported a year earlier and surpassed the 9.8 million pounds analysts’ consensus as per company-supplied estimate.

The owner of Saga Holidays and Saga Cruises, which did not provide earnings outlook for the current year, had to secure a debt waiver in March after a cash call last year to get through the health crisis.

It had earlier planned to restart its cruises in May, taking measures including mandating vaccinations for its travellers after customer feedback, cutting guest capacity and having a multi-layer COVID-19 testing to attract people.