Italy’s Saipem and renewable energy companies AGNES and Qint’x have applied for permits to develop one of the world’s biggest offshore clean energy hubs, to generate wind and solar power and produce green hydrogen, Saipem said on Thursday.

The companies have agreed to build 620 megawatts of wind and solar capacity off the coast of Italian port city Ravenna, installing 65 turbines of 8 MW each and building a floating 100 MW solar power farm, they said at a presentation in the city. Italian Prime Minister Mario Draghi has put climate change at the heart of his plans for Italy and has said his government intends to boost renewable energy and green hydrogen production.

But many companies have complained Italy’s overly-complicated permitting process is holding back projects and threatening to make ambitious green energy targets unachievable.

Energy services group Saipem and its partners said they hoped to have clearance to begin construction of the Ravenna facility, which will cost more than 1 billion euros ($1.21 billion), by as early as 2023.

When completed the hub will generate 1.5 terawatt-hours of electricity per year, enough to meet the demand of 500,000 families.

The developers will also install electrolyzers on land and at sea, on decommissioned oil and gas rigs, to produce 4,000 tonnes of green hydrogen a year, and there will be 100 megawatt-hours of lithium-ion battery storage.

Saipem, a market leader in subsea exploration and construction, has been shifting its focus to offshore wind and renewable energy to meet growing client demand for green technologies.

It signed an agreement with Abu Dhabi-based Plambeck Emirates in 2019 to build a 500 MW floating wind farm off the cost of Saudi Arabia. 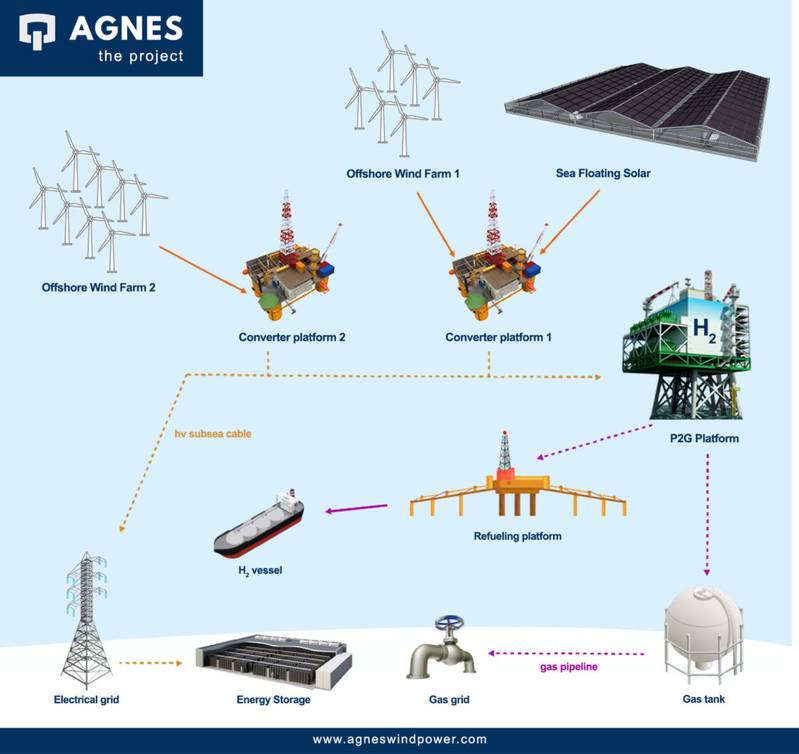