Valaris’ MS-1 semi-submersible drilling rig, currently anchored in the Dampier outer harbor in Australia, is on schedule to start tow to the Western Gas’ Sasanof-1 location on Monday, May 16, 2022, the oil and gas company said Thursday.

“Western Gas’ drilling operations team have been deployed to the field and are now onboard the MS-1 rig undertaking pre-mobilization checks,” Western Gas said.

As reported last week, drilling support vessels began logistical operations as scheduled on May 9, 2022, transporting and loading drilling equipment and bulk materials to the MS-1 rig. “More than 800m of 18-3/4” marine riser for deploying the Blow Out Preventer (BOP) is being transported to the rig in preparation of deployment at the Sasanof-1 location (water depth of 1070m).  Drilling operations are expected to commence as planned on 24 May 2022,” Western gas said.

The MS-1 offshore drilling rig is expected to take about four days to reach the Sasanof Prospect, which is located around 200 km northwest of Onslow, Western Australia, following which the rig and support vessels will prepare for drilling the Sasanof-1 exploration well.

According to Western Gas, the Sasanof Prospect covers an area of up to 400 km2 and is on trend and updip of Western Gas’ liquids rich, low CO2 Mentorc field. 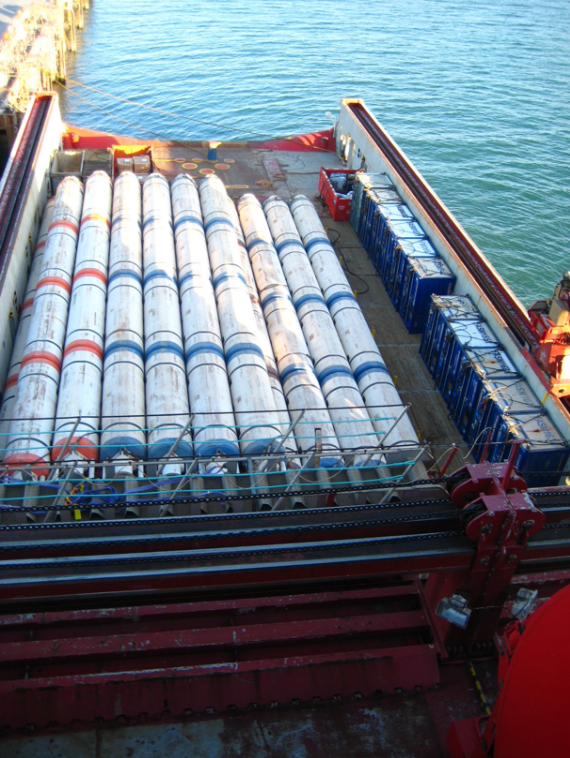