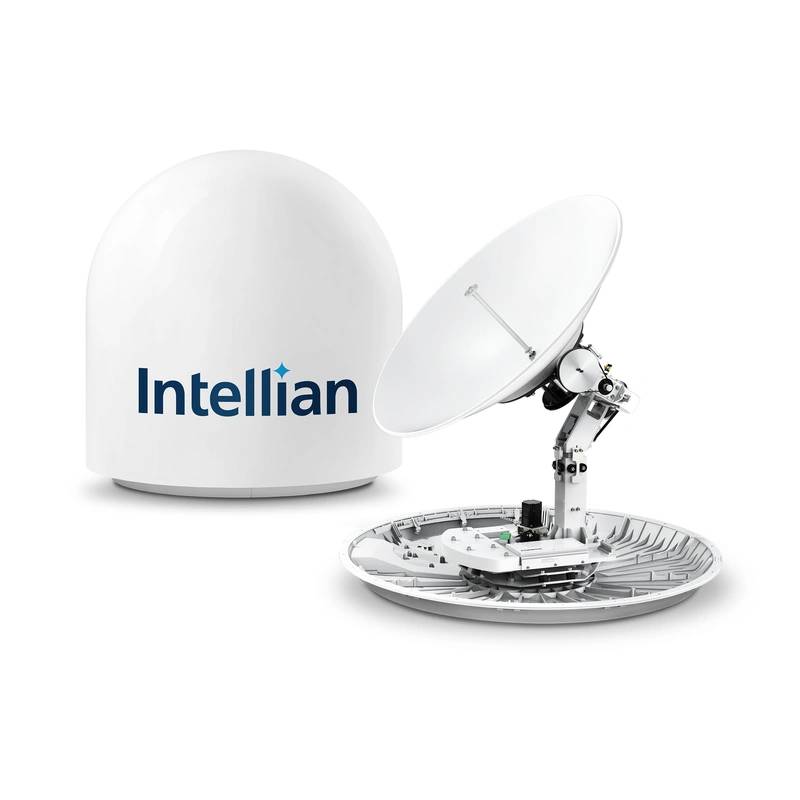 Intellian announed that two of its  antenna systems, the v60Ka 2 and v100NX Ka, have gained type approval from Telenor Satellite for use on their THOR 7 Ka-band GEO satellite network. This means that the systems are now officially certified to take their place in service alongside Intellian’s v85NX, the first 85cm antenna to receive type approval on the network.

The Intellian v100NX Ka is “future-proofed” according to the manufacturer, with a specially-tuned radome and reflector in anticipation of forthcoming 2.5GHz wideband Ka network services. Like all NX Series antennas, the v100NX Ka supports multi-orbit operation and can be simply converted between Ka and Ku bands, allowing owners of existing v100NX Ku-band antennas to easily switch to the THOR 7 network if desired. An optional 10W BUC upgrade provides a straightforward means of further boosting the antenna’s performance.

The compact 65cm v60Ka 2 weighs only 39kg and is based upon the same platform as Intellian’s NX Series antennas. Available in both 5W and high-power 10W BUC configurations for high-bandwidth users, the v60Ka 2 offers best-in-class RF performance to provide incomparable data rates for this antenna size.

The Below Deck Units (BDUs) for both antenna systems have the THOR 7 modem built in and feature embedded mediators, enabling easy configuration of a dual-antenna setup to avoid potential interference from a vessel’s superstructure. Shipped pre-slung and with dome-on connection via a single coaxial cable which combines Tx, Rx and DC power, the antennas can be installed swiftly, with the process further simplified by a step-by-step commissioning wizard integrated within the AptusNX management and control platform. Easily accessible via a web interface, AptusNX also enables remote diagnosis to be carried out and issues timely predictive maintenance alerts.