Saudi Aramco, McDermott Sign MoU for Use of SAFIRA Yard 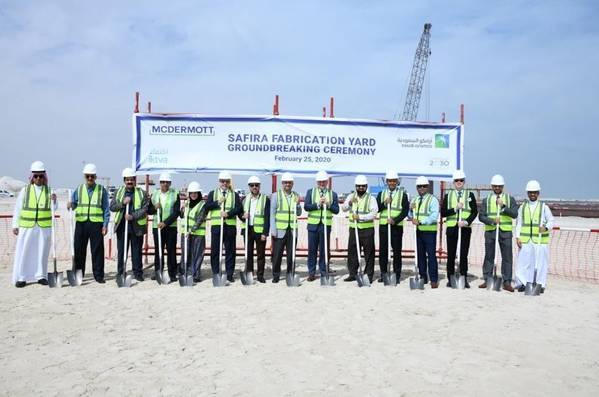 Saudi Arabia’s national oil company Saudi Aramco has signed a memorandum of understanding with energy industry construction and installation firm McDermott to explore the use of McDermott’s SAFIRA fabrication yard for construction services for Saudi Aramco’s upstream and downstream projects.

McDermott’s SAFIRA fabrication yard is being developed within Saudi Aramco’s King Salman International Complex for Maritime Industries and Services in Ras Al-Khair. Once fully functional, the yard will have the capability to fabricate and assemble offshore platforms and jackets, subsea pipelines, and onshore modules.

Under the MoU announced Tuesday, the parties will explore onshore modular construction in the SAFIRA fabrication yard. The MoU signing took place during the Industrial Investment Event in Dhahran, Saudi Arabia.

“McDermott is one of the premier module fabricators in the industry,” said Samik Mukherjee, McDermott’s Executive Vice President and Chief Operating Officer. “It is a key competency we offer in our delivery of integrated, at-scale solutions for our customers—driving certainty on cost and schedule throughout project execution. It also elevates safety and quality, while reducing the footprint at site as work done at our fabrication facilities takes place in a controlled environment.”

The partnership will identify ways to collaborate on the plant modularization concept, helping Saudi Aramco determine the extent of modularization opportunities within its upstream and downstream onshore projects portfolio.

“This agreement demonstrates Saudi Aramco’s confidence in McDermott as a trusted partner and is an opportunity for both companies to exchange knowledge,” said Tareq Kawash, McDermott Senior Vice President, Europe, Middle East and Africa. “It enhances our close relationship and reinforces our commitment to growing our capabilities in-Kingdom.”

McDermott started construction of the SAFIRA fabrication in February 2020.

The overall site which is being developed by Saudi Aramco is expected to be the largest maritime industries complex in the Kingdom and the Middle East region in terms of production, capacity, and scale.

Within the giant complex, McDermott is building a facility spanning 1.2 million square meters that will include offices, pre-fabrication shops, blasting and painting shops and large assembly shops capable of fabricating platforms and modules for both offshore and onshore projects for Saudi Aramco and other customers in the region.

The facility will incorporate up to 80,000 square meters of covered shops to house the latest automation technology and will also include a 580-meter reinforced bulkhead providing marine access.