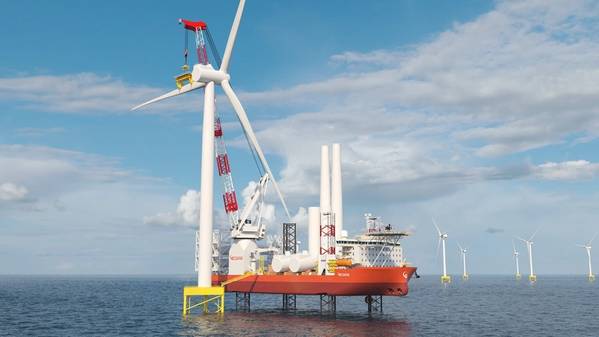 Scorpio Bulkers announced Wednesday that it intends to change its name to Eneti Inc. as company plans its pivot from dry bulk shipping to offshore wind farm construction and services.

The name change, which remains subject to approval at a February 3 shareholders meeting, comes as a growing number of maritime and offshore oil and gas companies target opportunities in renewables.

In August, NYSE-listed Scorpio Bulkers announced its intention to transition away from the business of dry bulk commodity transportation and toward marine-based renewable energy including investing in the next generation of wind turbine installation vessels. The company has signed a letter of intent to enter into a shipbuilding contract with South Korea’s Daewoo Shipbuilding and Marine Engineering (DSME) to build a wind turbine installation vessel (WTIV) to be delivered in 2023, with options to build three further similar vessels.

Meanwhile, Scorpio has been selling its bulk carrier ships, and it aims to sell or have commitments to sell its remaining wholly-owned or finance leased dry bulk vessels during the first quarter of 2021.