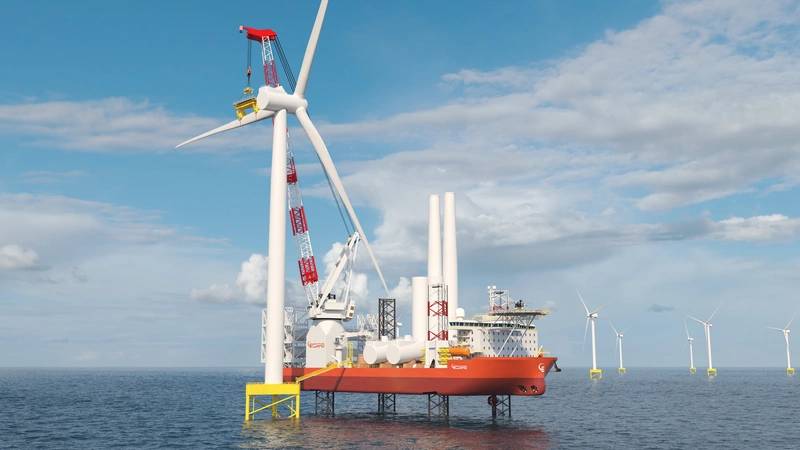 Scorpio Bulkers, a major ocean transporter for the dry commodities industry, is tapping into increasing demand for renewable energy with an investment in the logistics of offshore wind farms, the group’s chief executive said.

The Monaco-headquartered company will invest between $265 to $290 million in a vessel that can install offshore wind turbines, Emanuele Lauro, chairman and CEO, told Reuters, part of a strategy to begin to diversify the group away from the transport of dry cargo such as coal and iron ore.

“We believe that the investment in renewables is a more attractive opportunity in the marine space going forward as opposed to dry cargo,” he said.

The move by Scorpio Bulkers, which owns 49 dry bulk ships, is the first by a major dry bulk company. The wind turbine installation vessel is expected to be delivered in the third quarter of 2023 with options for three more vessels, Lauro said.

The company said it would not be ordering any further dry bulk ships.

European oil firms are under pressure from activists, banks, investors and some governments to move away from fossil fuels and analysts say offshore wind farms are probably the quickest way for them to scale up.

The shipping industry is also facing similar calls to cut emissions and look at other ways to go green. Dry bulk shipping faces volatile earnings and uncertainty over demand as many parts of Europe cut back on coal to go greener.

“For a public company involved in the dry cargo space, the choice was to stay put and do nothing or go with a change,” he said. “Scorpio Bulkers … is looking at pivoting away from being a coal or dry cargo commodities dependent company into one that will have an increasing percentage of its revenues generated by the renewable energy space.”