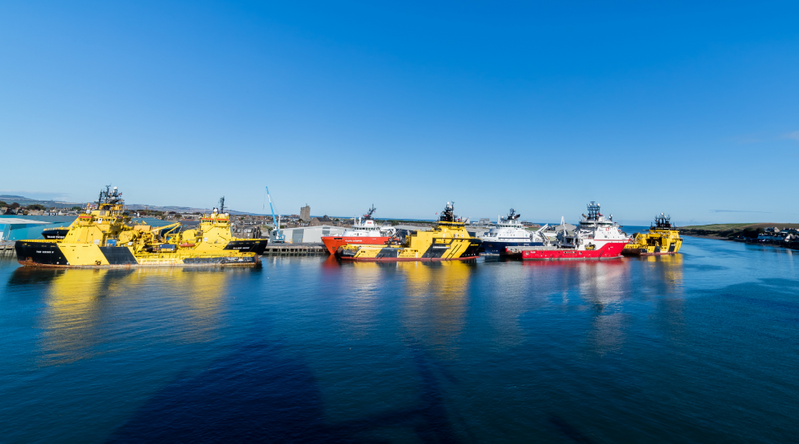 A report commissioned by Crown Estate Scotland has found that Scotland has good technical capability to support offshore wind port functions in some, but not all locations and that investments in port capacity will be required to meet the needs of the growing offshore wind industry.

Arup, technical consultants tasked with producing the report on the Scottish ports’ role in the offshore wind space, said there was a significant risk that existing port capacity will be insufficient to support the offshore wind build-out rates required in Scottish waters to meet the UK-wide net-zero target.

“There are multiple port locations which are likely to be suitable for development of additional capacity to address this risk. This is true for both the large construction phase uses of ports, and operations and maintenance (O&M),” the report reads.

Titled “Ports for offshore wind: A review of the net-zero opportunity for ports in Scotland” comes after the recent launch Scotland’s first offshore wind leasing round for a decade, ScotWind Leasing, which is set to kick start Scotland’s new generation of offshore wind farms and build new demand for operations and maintenance facilities to support major projects.

Arup has also found that the locations and distribution of the ScotWind Leasing zones are such that a mix of smaller, shorter-range, Crew Transfer Vessel (CTV) and larger, longer-range, Service Operation Vessel (SOV) based O&M strategies will likely be required.

“We expect there to be significantly greater SOV use than in the offshore wind industry to date, based on distance from port alone. Of the 21 pre-ScotWind and ScotWind zones considered, six have no ports within an assumed ideal sailing distance for CTVs, and a further seven are within this distance of only one or two ports,” Arup said in the report.

While the country already has “a strong and thriving ports sector,” the report found there are various steps that could be taken to maximize the future potential of Scottish ports to host the major offshore wind projects set to come to Scotland.

These steps, if applied successfully, could ensure that Scotland’s ports are ideally placed to support the major expansion of offshore wind in Scotland, and help the country take a major stride towards Net Zero, the Crown Estate Scotland said.

The recommendations of the report include:

Director of Marine for Crown Estate Scotland, Colin Palmer, said: “This is an important piece of work, which should act as a roadmap for both public and private sectors in Scotland to ensure that our ports and offshore wind sectors collaborate effectively and maximise the potential that offshore wind can bring to communities.

“Scotland has fantastic port facilities as well as some of the best offshore energy resources in the world; making sure these two are successfully aligned can help us take a giant leap towards our Net Zero commitments, and help to build a green economic recovery for Scotland.”

Environment Secretary Roseanna Cunningham said: “Scotland is already a world-leading destination for the development of low carbon energy and this study strengthens our status as a hub for global players. It also demonstrates the manufacturing and supply chain capabilities in Scotland that will help make a significant contribution to meeting our world-leading climate change targets and support the creation of green jobs.

“Encouraging, cross-sectoral collaborations in areas like energy and transport exemplify the opportunities available through our ‘Blue Economy’ model, and the important role it will play in both our economic recovery from coronavirus and our path towards net-zero.”