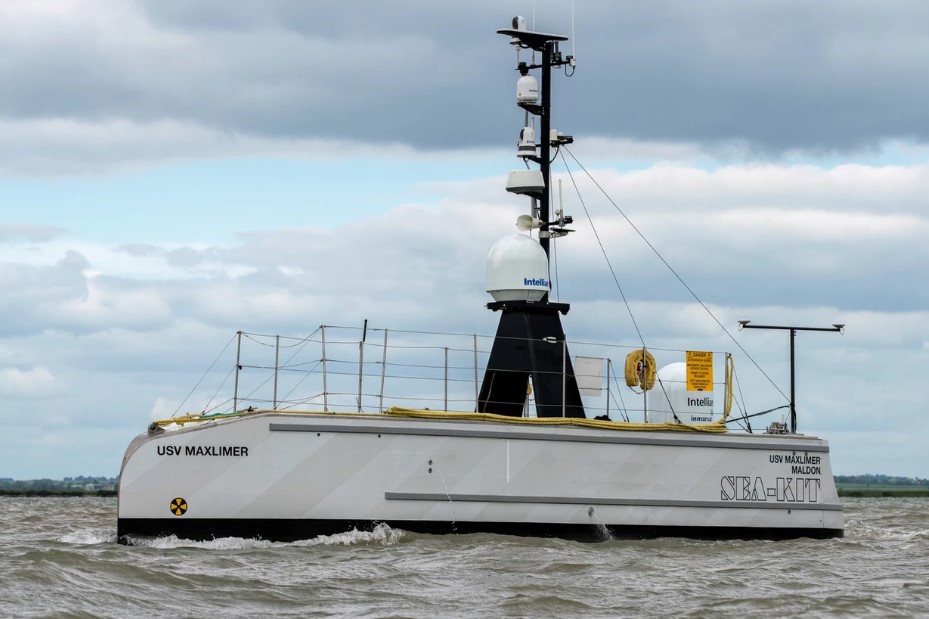 The project, funded by the UK’s Department for Transport (DfT) working with InnovateUK, will showcase a diesel to hydrogen conversion of SEA-KIT’s USV design.

Bramble Energy will design and manufacture a marinized, customised version of its printed circuit board fuel cell (PCBFC), which will sit inside an enclosure within the USV to prevent seawater ingress and corrosion.

Data gathered from bench testing and sea trials of Maxlimer will be used for the design and build of similar USVs, as well as for larger uncrewed vessel builds in the near future.

This application of a hydrogen fuel source to a USV will be a world first, SEA-KIT said.

“SEA-KIT USVs have a dual diesel-electric hybrid drive, with propulsion coming from an electric motor powered by battery banks that are charged by in-situ diesel generators,” said Ben Simpson, SEA-KIT CEO. “This project will replace one of the diesel generators with new hydrogen fuel cell technology from Bramble Energy and demonstrate an offshore operation with zero carbon emissions.”

The move is said to be part of the UK’s Clean Maritime Plan Strategy commitment of reducing greenhouse gas emissions from shipping by at least 50% by 2050.