Seadrill in Deal with Lenders to Slash $5B of Debt, a Get $350M in Financing 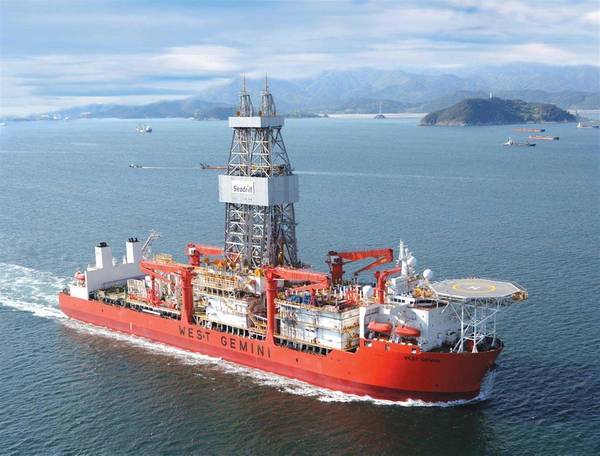 Offshore drilling firm Seadrill said Saturday it had entered into a plan support agreement with certain of its senior secured lenders, over a reorganization plan that will raise $350 million in new financing and reduce Seadrill’s liabilities by over $4.9 billion.

Seadrill, which had filed for Chapter 11 bankruptcy in February – for the second time in four years, reached the agreement with lenders holding around 57.8% of its senior secured loans. It also announced a backstop commitment letter with those lenders.

“The plan provides a clear pathway for Seadrill to restructure its balance sheet with the support of the majority of its senior secured lenders.  Certain of the Consenting Lenders have also agreed to backstop a first lien exit facility totaling $300 million.

“The lenders participating in (and backstopping) the new-money facility will collectively receive 16.75% of new equity in the newly constituted Seadrill, subject to dilution.  Under the plan, the senior secured lenders will also exchange $5.6 billion of existing debt for $750 million of second-lien, takeback debt, and 83% of the new equity, subject to dilution,” Seadrill said.

Hemen Holding, an investment company of the billionaire John Fredriksen, and Seadrill’s largest shareholder has also committed to funding a $50 million new-money unsecured bond to be issued under the plan, which is convertible into 5% of the new equity under specified circumstances.

“Specified trade claims will be paid in full in cash and other general unsecured claims will receive their pro rata share of $250,000 in cash.  Existing shareholders will receive 0.25% of the new equity, subject to dilution, if all voting classes of creditors accept the Plan, and otherwise will not receive any recovery.  Consummation of the Plan is subject to a number of customary terms and conditions, including court approval,” Seadrill.

From Creditors to Shareholders

Stuart Jackson, Seadrill CEO, said: “We are pleased to announce that we have reached a consensual deal with a large element of Seadrill’s secured lenders that will pave the way for a significant balance sheet deleveraging.  It has taken time to reach the right outcome but throughout the process we have maintained strong support from our creditors and we look forward to maintaining that as they become our shareholders as well as our lenders.”

“I would also like to thank our employees, our customers and our suppliers for maintaining their focus on safe, efficient operations throughout this time.  We should not lose sight of the fact that we collectively provide vital services in difficult circumstances on a daily basis.  This dedication, coupled with our restructured balance sheet, will allow Seadrill to emerge from Chapter 11 as a stronger company and play its part in the necessary industry consolidation.”

The company filed the plan, an accompanying disclosure statement, and related documents in the United States Bankruptcy Court for the Southern District of Texas Saturday, and said it would proceed expeditiously to obtain Bankruptcy Court approval of the same.

The news of the deal with lenders, comes days after Reuters last week reported that Seadrill’s rivals Noble Corp and a consortium that includes Transocean Ltd and Dolphin Drilling were competing to acquire the assets of Seadrill Ltd.

“Seadrill is trying to emerge from its second U.S. Chapter 11 bankruptcy in four years: like many in the industry, it expanded its drilling rigs too aggressively in the mid-2010s to withstand a subsequent plunge in energy prices and rig hire rates. It is negotiating a deal to restructure its more than $7 billion debt pile in exchange for handing company control to its creditors,” Reuters said last week.