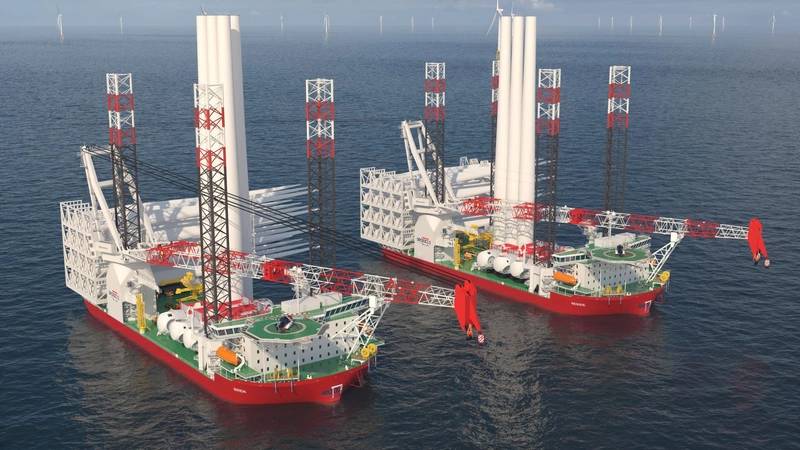 Nessie got its name from the Loch Ness Monster, affectionately known as Nessie, which is a creature in Scottish folklore that is said to inhabit Loch Ness in the Scottish Highlands. The iconic Loch Ness is one of the largest and deepest expanses of water in the UK.

For the Siren, Seajacks said: “In Greek mythology, Sirens were unique creatures who were generally depicted as part woman and part bird. Being part bird, they had unbelievably beautiful voices, which it was said that no person could resist. Merciless, the Sirens used their songs to lure sailors to the rocky shores of their home, where the sailors were drowned and eaten by the monsters. The Siren’s call is one best left unanswered.

The new high specification GustoMSC NG-16000X vessels will be joining the Seajacks fleet in 2024 and 2025.

Both vessels are currently under construction in Daewoo, South Korea, and will be fitted with high-capacity 2600t at 31m radius cranes, allowing the installation of 14MW+ offshore wind turbines.