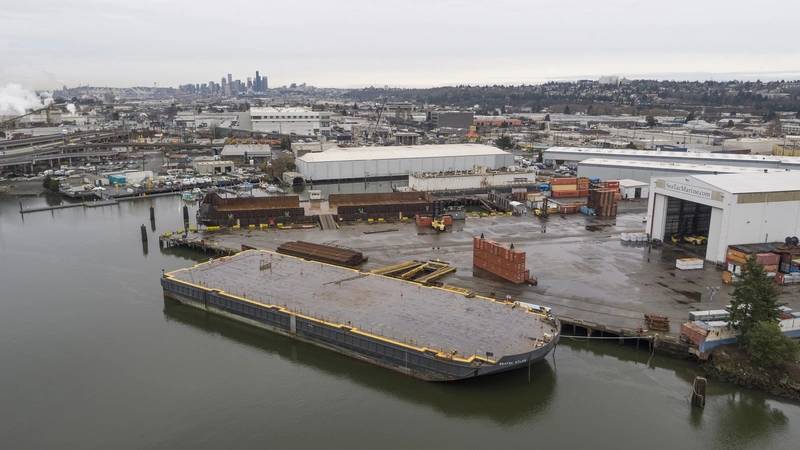 Seattle-based SeaTac Marine Services announced that it has acquired a new heavy deck cargo barge, a barge built in 2010 that can haul up to 11,000 tons and with nearly 30,000 square feet of deck space, making it one of the larger barges in the Pacific cargo trade.

The 300 x 100 feet barge was purchased from Signet Marine in late 2020. Specializing in general cargo and heavy lift machinery, the Atlas will fit well into SeaTac Marine’s regular shipping schedule to Anchorage and Seward. SeaTac Marine is modifying the barge to maximize cargo protection and space.

“We are looking forward to increased opportunities and optimizing service for new and existing customers,” said Walter Seay, SeaTac Marine’s president. Sited on its own 12-acre parcel along the Duwamish river, the terminal specializes in break bulk cargo, lumber, heavy lift machinery, and bulk commodities.