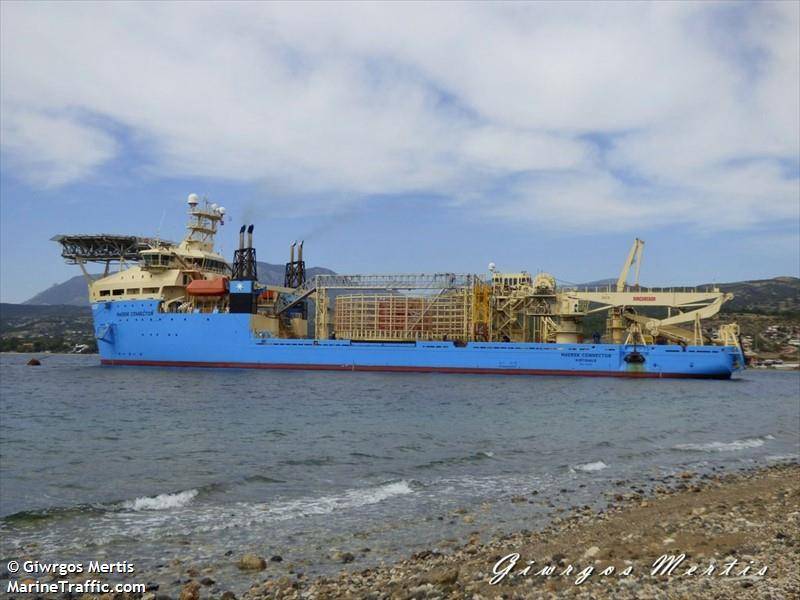 Seaway 7, which is set to merge with vessel owner OHT, will take the 138.35 meter-long vessel on a one-year charter, with an option to extend for six more months.

Starting in October 2021, the Maersk Connector will initially work in the North Sea region and is expected to move to Asia after that. The cable layer was delivered in 2016 by the Dutch shipbuilder Damen.

“Maersk Connector is a state-of-the-art cable-laying vessel with a highly skilled crew. We look forward to getting started and to a positive longer term relationship with Seaway 7 going forward,” said Duncan Harris, UK Country Manager at Maersk Supply Service. Maersk Supply Service did not share the financial details.

As previously reported, Subsea 7 and OHT said in July they had agreed for OHT and Seaway 7 to merge and create a pure-play renewables company focused on the fixed-bottom offshore wind market.

The company, which will keep the Seaway 7 name, will be a single supplier providing a range of standalone, integrated, or EPCI offerings encompassing installation of wind turbines, foundations, offshore substations, submarine cables, and heavy transport, the duo said.